Government to sour relations with sugar 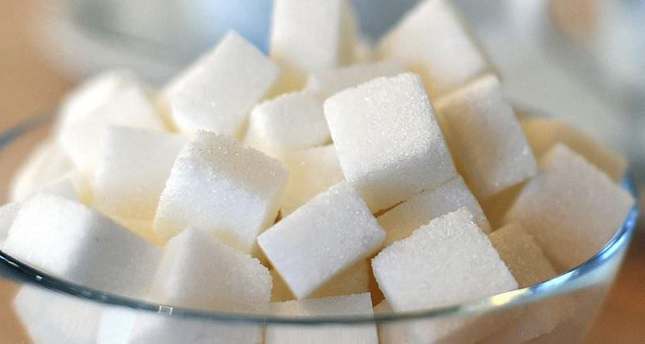 by Daily Sabah Oct 29, 2014 12:00 am
Confronting Turkey's unhealthy obsession with all things sweet, the Health Ministry is determined to decrease the level of sugar consumption, at least for tea drinkers.

The ministry urged its staff to have one sugar cube or one pack of powdered sugar with their tea as well as when serving tea to guests. It plans to introduce the initiative for less sugar consumption in other ministries and government agencies with a new regulation that will be implemented in the near future.

Health Minister Mehmet Müezzinoğlu told the Akşam daily that they sought to decrease consumption nationwide. "Tea will be served with one sugar (pack) and a second pack will be served only if [the consumer] requests it," he said. Müezzinoğlu mentioned that regulations were already in place, not only in public institutions but also in businesses such as coffeehouses and restaurants in Edirne, a northwestern Turkish province.

Edirne Governor Dursun Ali Şahin had ordered in September that coffeehouses and other places serving tea should serve Turkey's favorite drink with only one sugar cube instead of the traditional two cubes. Coffeehouse employees were also ordered to serve packaged sugar cubes only instead of those served unpackaged, which are unhygienic. Again, patrons are allowed to have more sugar if they demand but the governor believes it will at least discourage the excessive consumption that threatens overall wellness and dental health.

Tea is one of the most popular hot drinks consumed in Turkey. While true connoisseurs advise having as little sugar as possible with tea, most people prefer their tea with two sugar cubes or two teaspoons of powdered sugar.

Health experts lauded the ministry's plan to limit sugar consumption, pointing to sugar's contribution to obesity and diabetes. They stated that removing sugar consumption from tea entirely may follow as people would gradually accept decreasing their sugar intake. Experts advise the public to consume sugar from other foods such as honey and grape molasses.

Seeking to improve public health, the Health Ministry has also limited the intake of salt by decreasing the amount of salt in bread.
The ministry has launched a campaign to fight obesity especially among children by holding mass exercise events and banning the sale of potatoes and corn chips at schools. The ministry is also preparing to ban commercials for soft drinks, potato chips and other food and beverages on TV shows catering to children. Obesity rates are threatening Turkey's young population, according to recent studies showing most children refrain from daily exercises and spend less time outdoors.