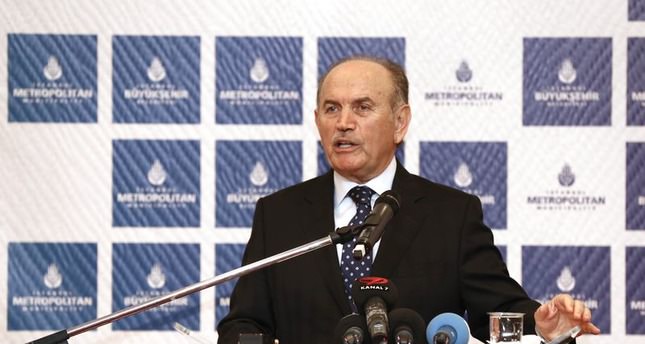 by Daily Sabah Oct 30, 2014 12:00 am
Istanbul Mayor Kadir Topbaş announced on Thursday that the Istanbul 7th Administrative Court lifted the construction ban on a mosque in the Validebağ neighborhood, after the municipality objected the court decision.

The construction of the mosque near the Validebağ Grove of Istanbul's Anatolian side caused protests, as many people claimed that the grove was turning into a construction site. The protesters turned a local issue into a politically-charged confrontation.

Topbaş said that the area of the mosque is absolutely outside of Validebağ Grove, and now there are no obstacles for building the mosque.

Earlier this week, the mayor of Istanbul's Üsküdar municipality, Hilmi Türkmen, said that protests over the building of a mosque in the Validebağ neighborhood were not over trees but over parking space. He dismissed claims in the media that trees would be cut down for the mosque, adding, "The area where the mosque is going to be built was being used by locals as a parking lot. The area has nothing to do with the Validebağ Grove. Groves are protected."
Last Update: Oct 31, 2014 9:49 am
RELATED TOPICS