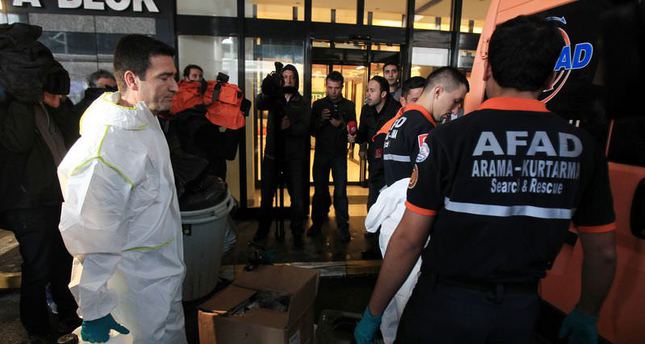 Specialists have been appointed to the sites for further examination.

The Consulates of Germany, Canada, Belgium, France, the U.S. and Hungary in Istanbul were sent "suspicious" packages, containing yellow powder, on Friday and Monday.

Turkey's Health Ministry issued a statement earlier in the week, announcing that the "yellow powder" that had been sent to consulates was in fact chalk powder.

Another two "suspicious packages" were sent to the Ankara Court of Justice on Monday.