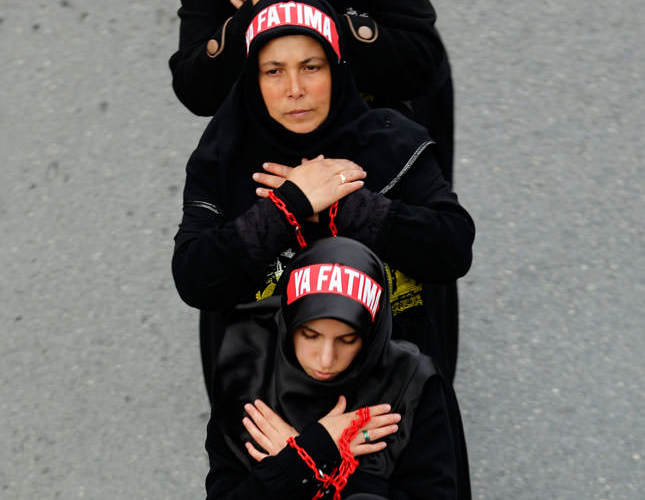 by daily sabah
Nov 04, 2014 12:00 am
Jafaris, a Shiite Muslim community in Turkey, yesterday marked Ashura, a commemoration ceremony for Imam Hussein, grandson of Prophet Muhammad and a revered figure for Shiites. The event was marked with a mourning procession in which members of the community dressed in black and beat their chests in an expression of grief and to re-enact the pain they believe that Hussein suffered in Battle of Karbala where he was killed 1,375 years ago. A large ceremony was held in Halkalı, a district on Istanbul's European side that is home to a sizeable Jafari community. It started with recitation of the Quran and continued with religious hymns and prayers. Mourners then paraded on the streets in a traditional procession. Speaking at the ceremony, Selahattin Özgündüz, a Jafari community leader, spoke of the misperceptions Jafaris faced. "Some people see us as pagans. We worship Allah and believe in no other god," he said. Özgündüz also condemned "those decapitating children," adding, "Killing children has no place in any religion, let alone Islam. I am ashamed of those who claim to believe in my religion." Shiites in other countries mostly mark the day by shedding their blood by flogging themselves but Turkey's Jafaris prefer donating blood. A blood drive was launched yesterday in Halkalı and Jafaris lined up to donate blood to the Turkish Red Crescent Society.