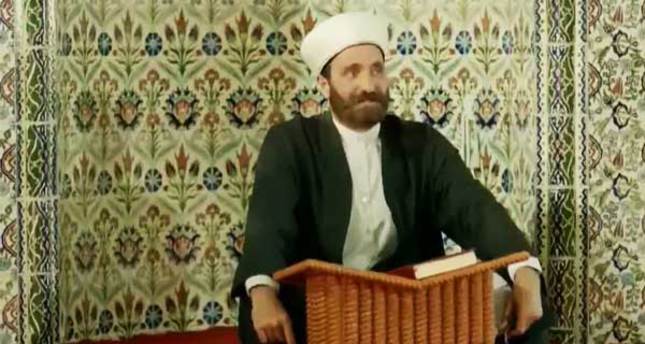 by daily sabah
Nov 06, 2014 12:00 am
The main opposition Republican People's Party (CHP) seeks an outright ban on a new TV series debuted on ATV. The call for a ban by a CHP lawmaker drew the public ire as people took to the social media websites to criticize the secular party over its attempt to deal a blow to media freedoms it eagerly advocates.

"Kertenkele" (Lizard) whose first episode was aired on Oct.25, was criticized by the opposition for depicting a criminal assuming the identity of an imam, though it is clear from the first episode that the character is a criminal only using it as a guise to escape authorities. İhsan Özkes, a CHP lawmaker called for an outright ban on the TV series.

The show follows the adventures of a con artist, a master of disguise. Looking to escape from prison, the lead character slips into the garb of an elderly imam he meets in the hospital where he was transferred. To dodge authorities he hides out in a small neighborhood under the guise of a newly arrived imam for the neighborhood's mosque.

It tells the story of how religion changes a criminal who accidentally stumbled into the life of a professional imam from whom he stole his new identity.

For İhsan Özkes, a former mufti who currently serves as a lawmaker from the secular Republican People's Party (CHP), "Kertenkele" is hurting those in the profession. "The imamate is a profession of our Prophet and is a sacred job. Giving a character the name reptile for an imam is wrong. It is unacceptable to portray an imam as someone who is corrupt and steals," Özkes said at a press conference yesterday. He said he watched one episode and found it "inappropriate." Özkes called upon the Radio and Television Supreme Council (RTÜK), a state-run body regulating TV programming, to take the show off the air, contradicting the CHP's overall policy advocating media freedoms.

Imams used to be typecast as extremists opposing everything not conforming to their worldview in Turkish films and TV series of yesteryear or as con artists out to swindle people by promising "miracles." "Kertenkele" looks to turn this concept upside down by putting a genuine swindler in the shoes of an ordinary imam portrayed as a man churning out advice on moral values.

The TV show's producers say their story focuses on the transformation of a good-hearted character with the undertones of Robin Hood who took a criminal path in his childhood. They depict the character as a criminal personality and point out that it was clearly indicated from the first episode that he is not a religious type. The producers deny that the character is denigrating to imams, and he is a different type of character with his own journey from evil to good.