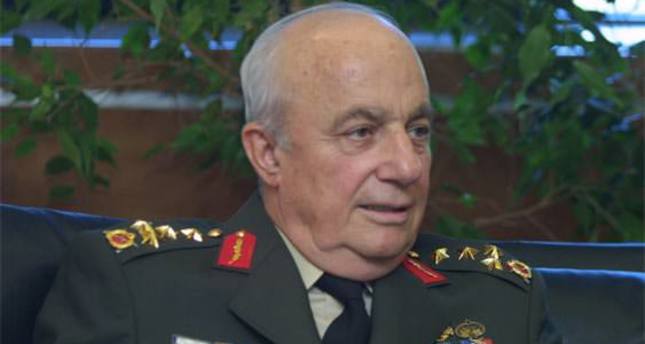 by Daily Sabah Nov 06, 2014 12:00 am
A Turkish court ordered a new expert report yesterday for the retrial of top military brass accused of plotting a coup d'etat. The ruling follows a higher court's verdict that indicated that rights of defendants had been violated and evidence against them might have been tampered with.

Defendants have long complained that they were victims of a plot against the Turkish Armed Forces and charges of an alleged coup plot dubbed Balyoz (Sledgehammer) was based on fabricated and forged evidence. They had implied that a "parallel structure," a secret organization within the judiciary and police affiliated with the Gülen Movement, was behind a plot against them.

The retrial of 236 defendants including Turkish Armed Forces former First Army Commander Çetin Doğan, former Air Forces Commander Halil İbrahim Fırtına, former Naval Forces Commander Özden Örnek, former Special Forces Commander and opposition Nationalist Movement Party (MHP) lawmaker Engin Alan and other top military officers started on Monday. On the first day of the trial, Former Chief of General Staff Hilmi Özkök and former Land Forces Commander Aytaç Yalman testified in favor of their former colleagues. Two top generals were not summoned in hearings prior to the Constitutional Court's ruling that granted a retrial. Defendants had repeatedly requested their summoning but the court ignored the requests. Yalman and Özkök said they never heard of a coup plan other than rumors "that was not serious enough to start a probe."

Defendants, all freed after the Constitutional Court's verdict in June, appeared before an Istanbul court yesterday on the third day of the hearing.

Announcing an interlocutory verdict, chief judge Özlem Karaçam ordered the preparation of a new expert witness report. A team of experts from Istanbul Technical University were assigned to the case. They were given a deadline of two months to prepare a new report on digital evidence, reports, scientific studies and other related material that implicated the defendants in previous hearings. Experts will examine hard drive, CDs and USB drives seized from a naval base in northwestern Turkey and homes of defendants. The court ruled that the experts would reveal any contradictions in digital evidence confiscated by the police. Defendants had claimed that all documents implicating them in the case were forged. One of the most striking allegations about forged evidence is that an allegedly authentic Microsoft Word document detailing the coup plan conceived in 2003 was written in a 2007 version of the word processor. Experts will now look into these allegations and examine the original authors of the documents as some defendants claimed the police planted the documents in their computers without their knowledge. Defendants also claimed police or "people plotting against them" hacked into their computers and secretly installed those documents in their hard drives. The trial was adjourned to February for assessment of the expert report.

The Gülen Movement is accused of being a major force among a series of trials targeting military officers, through "forged" evidence according to their critics. The Constitutional Court itself said its earlier ruling for the release of defendants that their rights were violated by "digital data collection" and wiretapping of defendants.

The coup plot, first published by a Turkish daily in 2010, calls for inciting chaos in Turkey to pave the way for a military intervention. According to the alleged plan, the military would incite chaos through violence such as bombing mosques in Istanbul and deliberately downing a warplane over the Aegean Sea and make it look like the work of Greek army.