GAP: A lifeline in the making for the southeast 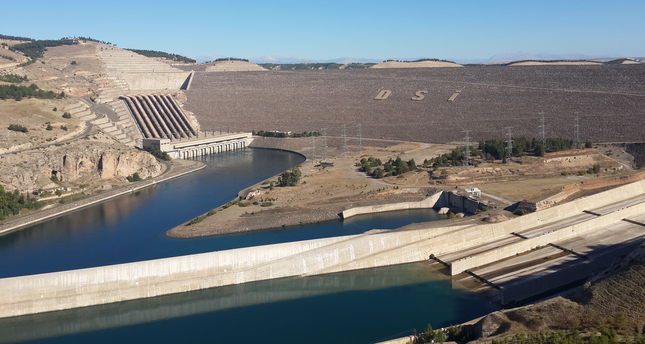 Turkey’s southeast has been a center of many civilizations for thousands of years, with its vast resources, bountiful lands and location as a bridge between Asia, the Middle East and the West. In the 20th century, however, it lost its former glory due to a series of factors ranging from a changing climate and migration of its population to other regions

In the absence of development, the region's resources were underused or misused and for decades, regional growth was stunted.
The Southeastern Anatolia Project (GAP) is a regional development project that seeks to change the fate of the southeast by extending it a much-needed lifeline.

Started in 1989, GAP is an ambitious pursuit for improving the region by using its existing resources to increase the income and quality of living for the regional population, to raise its growth as much as other regions of Turkey and contribute to goals for national economic development and social stability. Turkey also seeks to present an exemplary project to the world in terms of regional development.

Although perceived as a project that would simply improve agriculture in the southeast, GAP has gone beyond that with sub-projects covering different sectors. It is an integrated plan based on sustainable humanitarian development, increasing the region's competitive power and boosting economic and social integration. It was conceived of at a time during which such projects were deemed too difficult to achieve, yet it has proved to be a visionary approach with its innovative process, sharing the ambition of development projects Turkey witnessed in the past decade.
It is Turkey's costliest but most comprehensive project to date. To achieve its goals as they were set in 1989 in a master plan, TL 54.2 billion ($24 billion) was needed as of 2013 calculations. Turkey spent approximately TL 54.5 billion for GAP by the end of 2012, surpassing the total cost. The rising cost was due to further expansion of the Regional Development Plan and GAP Action Plan, two plans drafted for completion of the project to accommodate new needs in line with new global approaches to development. The project is among Turkey's ambitious undertakings to build closer ties between the southeast and other regions of the country and improve its role and function in the country's economy. Moreover, it is regarded as an important program to better Turkey's regional and global influence.

The Turkish government put the project on the list of its priorities in 2007 and launched a GAP Action Plan covering five years, from 2008 to 2012. The plan aimed to complete basic infrastructure work, particularly in irrigation, at least partially, and launch primary programs and sub-projects for economic and social development in order to accelerate overall regional development. To achieve this, funds for investments were significantly increased, with the share of the region in public resources budget increased to 14 percent from 7 percent. In 2013, the government allocated TL 5.2 billion to investments in the GAP Action Plan including TL 4.2 billion for previously launched and ongoing investments. In 2014, TL 4.2 billion was allocated for GAP. Overall, the project had a share of over 10 percent in total public investments in Turkey.

Increased funds reflected in concrete and significant progress in the region's development indicators.

Southeastern Turkey, where large extended families are common and, therefore, a high population growth rate is prevalent, as well as a young population, lacked resources in addressing the needs of this large population. Factories and big businesses are scarce and the absence of a growing economy contributed to high unemployment figures in the region and many people migrated to other parts of Turkey in search of a better living.

Investments in the framework of GAP started reversing this trend. The unemployment rate in the GAP region was 16.9 percent in 2007 and it decreased to 12.4 percent in 2012. The rate of migration from the region also significantly dropped.

Investments by the private sector in the region have long remained limited. Most companies focused their investments in other more developed regions for decades due to an unstable business environment. GAP changed this too. A new law bringing more comprehensive incentives for investment in the region was implemented in 2012. Fixed investment was TL 13.141 million for 2012 and 2013 while it was TL 5.991 million for 2010 and 2011.

GAP also contributes to Turkey's energy production. As of 2013, 10 hydroelectric power plants were completed and started operating in the region. By the end of 2013, electricity generated in the plants made up 28.5 percent of total electricity produced in hydroelectric plants across Turkey, with 16.9 billion kilowatt-hours.

The project basically started out as an effort to enhance irrigation investments in the region, to tap into agricultural potential to drive economic growth. This basic component of GAP has also seen considerable progress with the construction of dams and hydroelectric plants. The next step was to transport water stored in dams to fields in need of irrigation. Since 2008, 934.7 kilometers of canals have been completed and gone into operation. Suruç Tunnel, the world's fifth longest water supply tunnel at about 18 kilometers was completed as part of GAP. The tunnel supplies water to agricultural land as large as 950 square kilometers in Şanlıurfa province's Suruç Valley. More than 8,000 farmers will benefit from the water supply and the diversity of agricultural produce cultivated in the area will be expanded.

As for transportation infrastructure in the region, GAP contributed to developments in roads, railroads and air travel. By the end of 2013, a network of highways stretching across the region reached 291 kilometers. A highway connecting Gaziantep and Şanlıurfa provinces was opened. Divided highways were built and are being built between provinces including Şanlıurfa, Mardin, Diyarbakır, Adıyaman and Şırnak. New terminals were built at the Batman and Adıyaman airports. An airport was opened in Şırnak in 2013 and terminals are being built at the Mardin and Diyarbakır airports.