Owner blames state for mine accident 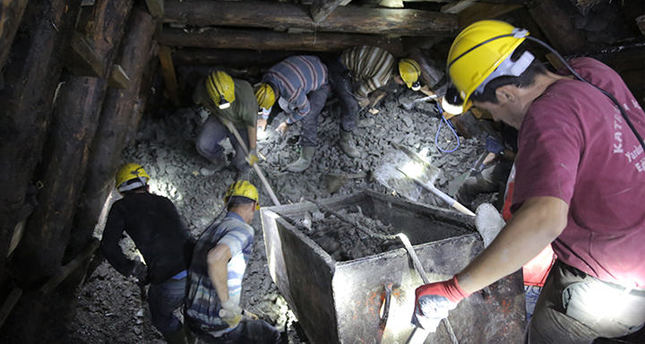 by daily sabah Nov 11, 2014 12:00 am
The owner of a mine in the central Turkish province of Karaman's Ermenek district has blamed state authorities for not giving his company the updated map of the site, which he claims led to the deaths of two miners.

Saffet Uyar and eight others were detained for questioning by prosecutors on Sunday and their interrogation continued yesterday over the fatal flooding of the mine 14 days ago. Sixteen miners remain trapped in the mine while the bodies of two were recovered last Thursday.

Uyar said they could not have predicted that the accident would happen. He claimed they did not have the production map of an old mine that his lignite coal mine was built on. The accident was caused by an outburst of water accumulated in an abandoned mine, according to the initial findings. He said they were not aware that a non-lethal flood in 2011 was caused by water from the abandoned mine. His lawyer Şeref Han told reporters that his client was "a victim" of the state not informing him about the status of the abandoned mine.

Quoting a lawyer for a company which has an operating license for the mine ran by Uyar, the Turkish daily Vatan said the maps of the old mine were easily accessible via the state-run mining authority's website.