Düzce heals its wounds on 15th anniversary of earthquake 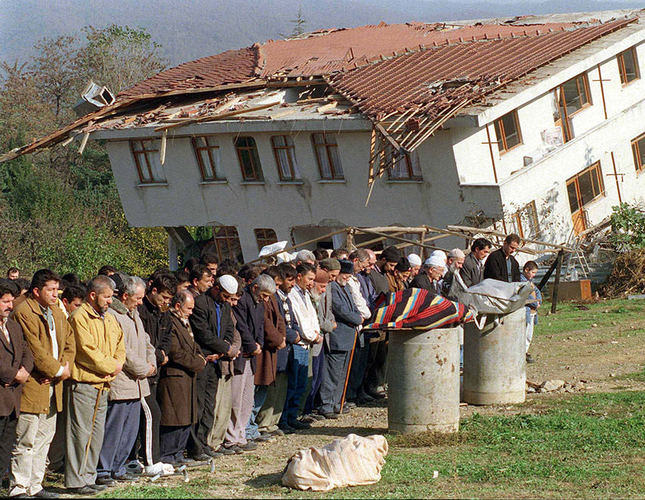 by Anadolu Agency
Nov 12, 2014 12:00 am
Düzce, a town of some 80,000 people on Turkey's Black Sea coast, was hit by an earthquake with a magnitude of 7.2 on the Richter scale on November 12, 1999 at 6:57 p.m. The disaster came three months after a larger earthquake in nearby Kocaeli that killed tens of thousands of people.

Fifteen years later, Düzce is reclaiming its former glory through reconstruction, and residents who fled after the earthquake are returning home. Over 16,000 new residences were built by the state after the earthquake razed some 13,000 houses and heavily damaged 3,500 buildings. The town was declared the country's newest province after the earthquake to increase post-disaster funding and encourage its growth. It succeeded, and gradually, its population, which declined by 60,000 after the quake due to residents fleeing in fear to other cities, increased to 159,000 after residents started returning. New incentives were introduced in laws for Düzce, and it attracted a large number of investors to the province, primarily known for its timber industry and touristic attractions.

For survivors, the anniversary brings back bad memories and grief for the loved ones they lost during the disaster.

Naci Topkara, a retired teacher, lost his wife in the earthquake. The family was living in a house that was damaged in the August 17 earthquake. Authorities certified their house as "habitable" though it sustained heavy damage in the first earthquake, and it was sufficient for them, as they had nowhere else to go. Yet, on that fateful moment on November12, the house, in a six-floor building, was razed to the ground. Topkara was trapped under the ruins for 26 hours. Recounting the horror, he says: "We were having dinner in the kitchen when the quake hit. Plates and glasses in the cupboard started falling. We ran to the door and stood in the doorway under the beam, as we thought it would be safe. The building crumbled all of a sudden. I was embracing my wife. We were talking all the time, as we had nothing else to do while trapped there. Then, in an aftershock, a beam collapsed on my wife. She died in my arms. I remained there for hours. I was hitting the collapsed walls so I could be heard. I was finally rescued and was treated at a hospital in Ankara." Topkara underwent five surgeries before he fully recovered; thus, he could not attend her funeral.

Tolga Akyüz was 12 when the earthquake devastated Düzce. Now 27, he remembers how his grandmother saved him and his cousin, only to lose her life. Then a young boy, Akyüz moved in with his grandmother who was hosting both his family and his uncle's family after the August 17 earthquake damaged their house. Sevim Aykılıç sacrificed herself to save her grandchildren, Akyüz says. "Everyone in the house started running for the door. I reached the door with my cousin, but the house started collapsing. At that moment, I heard grandmother shouting, "My loved ones!" She then jumped on us to cover us. Parts of the ceiling and walls fell on her. She died there, but we survived thanks to her," he says. Apart from his grandmother, he lost his elder brother and two other cousins in the earthquake.

"We remained under the rubble for about six hours. I was talking to my cousins. The daughter of my uncle had also survived, but she died in an aftershock. We were all in the same room, and we were finally rescued when our neighbors came and checked up on us," he says.

"It was all darkness. I was so overwhelmed when I saw light. It was a new life for us. But we lost many. It is difficult to start a new life after losing so many people. My four relatives died in that house," Akyüz says. Now a father of two, Akyüz remembers the fear of his uncle's wife at the time of the earthquake. "She was horrified and ran for her children first. Whenever I remember this, I hug my children. I never let them stay overnight at a friend's house. I always want them to stay with me," he says.