Istanbul’s third bridge to open in 2015 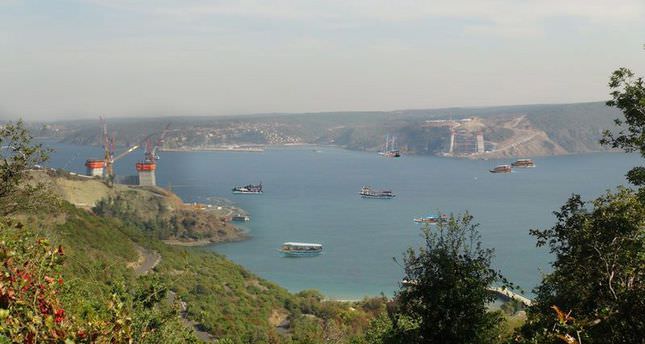 by daily sabah
Nov 13, 2014 12:00 am
AK Party's Istanbul Chairman, Aziz Babuşçu, has announced the official opening day of Istanbul's third Bosporus Bridge in a televised interview. He stated that the bridge, also known as Yavuz Sultan Selim Bridge, will open for operation on October 29, 2015, the date marking the 86th anniversary of the Turkish Republic.

Reaffirming that the bridge is one project among a number of steps being taken to resolve the city's traffic problem, Babuşçu stated that the government aims to resolve the issue by 2019 through a series of investments into new initiatives. He noted that it is crucial for these initiatives to integrate the subway system of the city with all other means of transportation, to provide effective solutions.

The Yavuz Sultan Selim Bridge is expected to be the widest bridge in the world, stretching 60 meters wide, and consisting of four motorway lanes and one railway line in each direction.