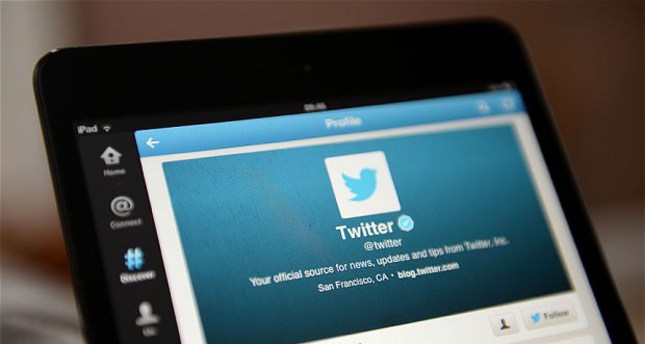 Speaking to the Turkish media, Transportation, Maritime Affairs and Communications Minister Lütfi Elvan said fake Twitter accounts, which make up to 40 percent of Turkish Twitter accounts, posed a threat to security. Elvan said the accounts are used to incite riots, namely the "Oct. 6-7 incidents." He was referring to the Kobani protests by pro and anti-PKK affiliates that killed 38 people.

Elvan told the Akşam daily that tweets issued before and during the street violence, called on youths to take up arms and take to the streets. "We corresponded with Twitter officials to block those accounts, and they blocked them, but it is an ongoing problem," Elvan said.

The minister noted "progress" in the government's relations with social media websites in terms of preventing harmful content.

He said that Turkey has 10 million Twitter and 35 million Facebook users and that up to 40 percent of Twitter accounts were "fake." "Facebook has fake accounts as well, but it is more difficult to detect them. It is technically impossible to detect their IP addresses for now," he said. "We frequently encounter tweets aiming to provoke people, to incite riots and disturb public order. Those fake Twitter accounts are used either by those in Turkey or those abroad. People, countries or groups seeking to incite unrest in Turkey may wield the power of social media," Elvan said.

Speaking to reporters on Friday, Elvan said the government did not oppose social media websites and would rather encourage their use, as Turkey is one of the countries where Twitter, Facebook and other social media websites enjoy huge popularity. "However, there are attempts to misuse social media. Fake accounts abound. People hide behind these accounts to issue threats and insults. It is unacceptable," the minister said. "I would like to remind you of the Oct. 6-7 incidents. Terrorist organizations incited people to take up arms and attack civilians and soldiers," he added.

The Peoples' Democratic Party (HDP) called for street demonstrations via social media inviting them to take to the streets "in solidarity with Kobani," a Syrian Kurdish town under siege by the Islamic State of Iraq and al-Sham (ISIS), which devolved into riots. The protests turned into violent riots by supporters and opponents of the PKK. PKK members and sympathizers started a nationwide killing spree targeting members of rival parties that they accused of backing ISIS. Along with 38 casualties, scores of public buildings, political party offices, shops and cars were damaged in the street violence.

Elvan said crimes committed online are treated as crimes committed in the real world. "We are especially sensitive to those exploiting social media for criminal intentions," he said. He explained that talks with Twitter officials would continue and said the social media website changed its position on not applying court rulings regarding accounts as it did in the past.

Turkey and Twitter have been on unfriendly terms due to the popular microblogging site's refusal to implement Turkish court decisions ordering the removal of certain web links on the grounds that they violated privacy. Twitter's unwillingness to act in accordance with Turkish law led the country's telecoms regulator, the Telecommunications Directorate (TİB), to block access to the site in March. Access was restored in April after the Constitutional Court ruled that the blockage violated freedom of expression guaranteed in the Constitution.