Pop star arrested after 6 months on the run 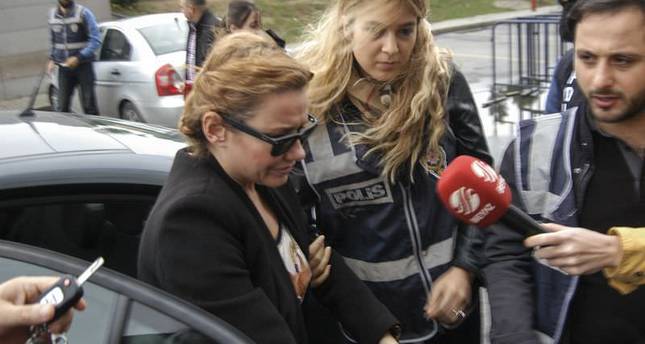 by Daily Sabah Nov 16, 2014 12:00 am
Police caught Turkish pop star Deniz Seki on Saturday in Istanbul after evading authorities for six months following an arrest warrant that was issued on charges of drug dealing.

Seki, 44, was arrested in a drug bust in Istanbul in 2009 along with 19 other suspects. She was sentenced to six years and three months in prison on charges of drug dealing by a court in 2012, but was released after serving seven-and-a-half months pending her appeal after a higher court ruled she should not be charged with drug dealing but rather on charges of helping drug dealers. According to media reports, Seki was detained because she was hosting drug-fuelled parties at her home. The Court of Appeals upheld the verdict on her conviction in May following a prosecutor objecting to her release. Since then, Seki was on the run amid her reported sightings in Greece, a district on Istanbul's Anatolian side and in the southwestern town of Bodrum.

The Istanbul police found that she was hiding in a posh residence in Büyükçekmece, a district in western Istanbul, and stormed the place on Saturday. As she was escorted by security forces to the detention enter, Seki told reporters her innocence would be proven "sooner or later if there is an iota of justice that remains in this country."

The singer was brought to the courthouse yesterday and the court ordered her arrest. Speaking to reporters, her lawyer, Naim Karakaya, said Seki did not previously surrender "because she believed her innocence and because she had a serious illness."

Karakaya claimed his client was sentenced without proper evidence and by a specially authorized court "that was disbanded as they violated the principles of fair trial." Karakaya said their legal battle would continue.

The singer's brother, Serkan Seki, said the real suspects in the lawsuit were released while his sister was arrested. "The injustice in this case is unbelievable. But still, we believe in justice and that it will be served," he said.

Deniz Seki released a new album while she was on the run and was interviewed by media outlets over the phone.

Starting as a backing vocalist to a string of pop stars in the 1990s, Seki rose to fame with her first album in 1997. She followed her debut with a series of successful albums and also made a name for herself as an accomplished songwriter in subsequent albums.