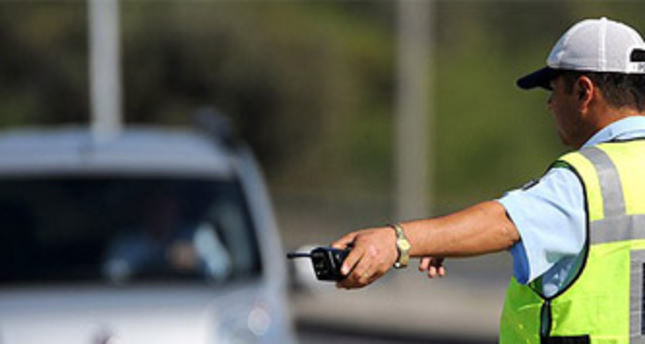 by Yüksel Temel
Nov 19, 2014 12:00 am
Turkish National Police stepped up security measures after reports of likely attacks by the Islamic State of Iraq and al-Sham (ISIS) against foreign missions in the country.

The Police directorate's intelligence department issued a warning to local branches across the country on the basis of intelligence that ISIS militants may carry out car bomb attacks using vehicles bearing fake or duplicated authentic license plates against embassies and consulates. Seven license plates are in the police database, and intelligence reports said ISIS will target the missions of the United States, Saudi Arabia, the United Arab Emirates, Bahrain and Qatar.

The alert comes at a time of increased operations against the group by international coalition forces and Turkey's declaration of support for the anti-ISIS coalition. Turkey itself is in the crosshairs of the militant faction that issued threats against the country. Police intelligence warned local branches that the terrorist group could easily target Turkish citizens.

Security forces deployed additional squads in the vicinity of embassies and consulates of the abovementioned countries and dispatched plainclothes policemen to patrol the proximity of sites.

Turkey pursues a staunch policy against ISIS and the Turkish Parliament recently approved a mandate authorizing the deployment of troops across the border into Iraq and Syria against the group and other terrorist organizations.

The militant group was behind the kidnapping of the entire staff of the Turkish consulate in Iraq's Mosul, one of the first places in the country the militants captured last summer.