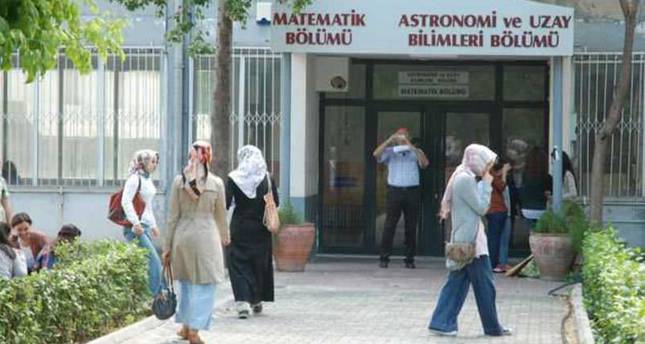 by daily sabah
Nov 19, 2014 12:00 am
A professor at Ege University in the western Turkish province of İzmir was sentenced to two years in prison for "violating the right to education" after he banned students from entering the classroom wearing a headscarf and took their photos for blacklisting purposes.

A student had filed a lawsuit against Esat Rennan Pekünlü, a lecturer at the Astronomy Department of the university, for banning her from attending his classes and taking her photo by cellphone in 2012. A court found the professor guilty for violating a student's right to education. Pekünlü appealed to a higher court but the higher court approved the prison sentence. The professor was suspended by Turkey's top education authority Council of Higher Education (YÖK) and retired.

Pekünlü had claimed his innocence and presented the court an official document showing that the student attended her classes. The professor will be sent to prison on Nov. 20 if a court of appeals suspends the sentence and rejects his retrial plea.

In July, a court handed down a suspended prison term for five months to an official who did not allow a student to sit a university entrance exam in 2011 while wearing a headscarf. The official was charged with misconduct after the student filed a complaint. The student told the court she had to remove her headscarf when the official told her that she would report her if she did not comply with the ban, although the ban was lifted in 2010 entirely.