Bus passes to be used in Istanbul’s car parks 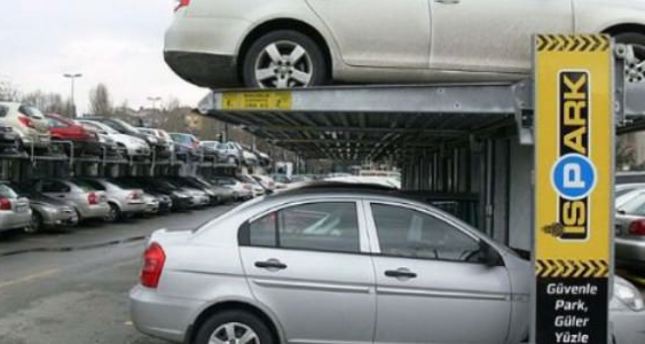 by daily sabah
Nov 26, 2014 12:00 am
The Istanbul Metropolitan Municipality is preparing to introduce smart cards used in mass transit for the city's car parks. Motorists will be able to use car parks across the city via Istanbulkart payment, a prepaid smart card used for bus, metro train and ferry fares.

İSPARK, the municipality's company that runs 600 car parks with capacity for 80,000 vehicles, will allow payment by Istanbulkart as well as by High-Speed Toll (HGS) card, originally in use for toll roads.

Drivers will use the smart card when they enter the park and the parking fee will be subtracted from the prepaid card upon exit. If the card is used in mass transit a short time before parking, motorist will be charged a discounted fee. Motorists will also benefit from discounts for mass transit vehicles if they take a bus, metro or ferry after parking their car in an İSPARK lot. The municipality plans to introduce the new system next year.

The use of bus passes in car parks is the company's latest innovative project to address Istanbul's growing traffic problem. The company is also considering transforming unused ferries into floating car parks in locations near the city's hot traffic spots. Floating multistory parks will be anchored to areas where extra parking spaces are needed daily. İSPARK also encourages the use of mass transit by drivers through a "park and go" project, especially for single-occupant cars, which have been clogging traffic. Car parks built near mass transportation hubs enable commuters to travel easily around the city, reduce polluting emissions from cars and eventually, help ease the traffic in Istanbul which has a prominent place among cities with the worst traffic in the world.