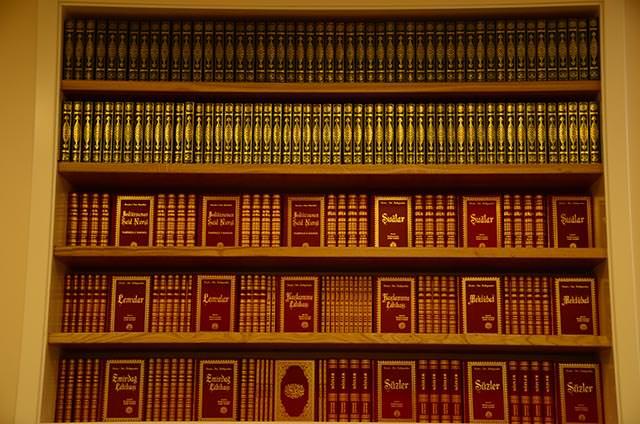 The main opposition Republican People's Party (CHP) has launched a legal battle to prevent the Turkish state from publishing books by the prominent Islamic scholar Said Nursi. In a move applauded by the Gülen Movement, whose followers oppose the authority of state-run Directorate of Religious Affairs (DIB) over publication of the books, the CHP took the case to the Constitutional Court.

Earlier this week, the DIB was officially authorized to issue permission for the publication of books and pay royalties to the heirs of the late Islamic scholar. The new regulation came under fire from the Gülen Movement, which claims to be inspired by Nursi. Gülenists accuse the government of attempting to monopolize the publication, ignoring that fact that the DIB would allow publishing houses under the new law. The law also calls for strict guidelines on publication, preventing misinterpretation of historical texts. The decision came after publishing houses linked to the Gülen movement misinterpreted and changed Nursi's books, to which the heirs of Nursi's books, and Nursi himself strongly opposed.

The CHP, which ruled the country with an iron fist in 1940s, had banned the publication and distribution of the scholar's works. Decades later, the opposition party, looking to attract more supporters, appealed to the country's top court for the annulment of the DIB's authority on the books, citing freedom of expression.

Nursi's "Risale-i Nur" (Epistles of Light), a series of books on the exegesis of the Quran, were previously a public domain due to a loophole in the laws at the time of his death. Any publisher was free to publish, with the exception that the copyrights were to be in the hands of Nursi's heirs. Various publishers found a loophole in the law and left the date of death in the author's introduction blank. The Ministry of Culture has since stopped issuing permits for the publication of the "Risale-i Nur."

Gülen and his movement claim to be inspired by Nursi's teachings and "Risale-i Nur", however, Gülen is known for his contradictions and opposing ideas to both Nursi's ideas and his books. The Gülen Movement advocates "simplification" of the books while other followers of Nursi oppose it, claiming the simplification means a reinterpretation of the books that would harm the teachings of Nursi.