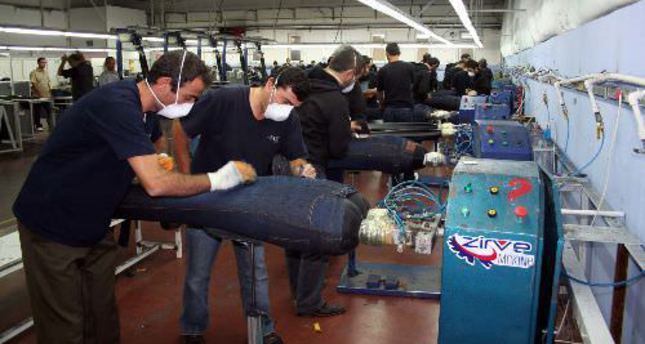 Sandblasting, a hazardous practice used in the textile sector, continues to claim lives five years after it was banned in Turkey.

The village of Taşlıçay in the eastern Turkish province of Bingöl is home to 300 former workers who are suffering from silicosis, a lung disease caused by sandblasting.

Every family in Taşlıçay has a member suffering from a lethal disease. Villagers had flocked to Istanbul where jeans workshops were located in the early 2000s after a group of workers settled there and invited fellow villagers to join them with the promise of a steady job and a high salary. Since then, nine people died of silicosis and others remain bedridden.

Years of working in an unhealthy environment and crammed in small workshops left workers exposed to the terminal illness caused by exposure to the fine sand used in sandblasting that leaves lungs incapacitated. Additionally, there is no cure for the disease other than a complete lung transplant.

There are about 2,000 silicosis patients in Turkey and 400 of them are in Bingöl, which was once a major outsourcing hub for workshops and factories in Istanbul and other cities, and 14 people have died from silicosis in Bingöl after working in denim factories. The latest casualty was Halit Karabulak who died earlier this month at the age of 30, four years after he was diagnosed with the disease.

Faysal Demir, a father of four, is one of the patients in Taşlıçay. He migrated to Istanbul in 2002 to earn a living for his family. A couple of years later, he exhibited the first symptoms of the disease. Connected to an oxygen concentrator, Demir cannot leave home. "I can't be transferred to a hospital. I can't work and my family has no one to work for a living. We live off the social security benefits that are paid to us once every three months," Demir said, adding that he has eight brothers and they all suffer from the disease. Metin Demir, one of the brothers, said he never thought the sandblasting would be deadly for them. Like his brother, Metin lives on benefits and cannot leave home. Their most urgent problem is power outages that shut down the oxygen concentrators. "We have to travel to the town when the power goes off. Those who cannot travel, die," Metin said grimly.

Tuncay Oral, another patient, says people cannot breath, walk or sleep in the advanced stages of the disease. "It has no cure. People die each day. We survived so far but this is no life. You cannot do anything other than sit at home all day. Your life depends on electricity," he said, adding, "We want nothing but payment to families we leave behind."

Semiramis Karaaslan, a local activist helping the patients, fights to obtain retirement rights for the patients. Karaaslan has already helped patients acquire oxygen concentrators and electricity generators. The activist attributes the high number of patients to the working conditions in the denim workshops. "They were staying in the workshop at night together in a crammed space. This accelerated the infection," she said.

Yusuf Coşkun, a former lawmaker from the ruling Justice and Development Party (AK Party) for Bingöl, helped patients to receive social security benefits during his tenure in Parliament. "Almost all of them had no social security as they worked illegally in the workshops. They could not get free treatment or benefits for a while. Then, through our efforts, the Heath Ministry provided free treatment for silicosis patients and the government ordered monthly benefits to be paid to the families," Coşkun said.

Silicosis tops the list of most encountered occupational diseases in Turkey. The disease also affects miners and workers in other sectors involving exposure to silica such as foundries and stone cutting. Sandblasting, used to make new blue jeans look worn, was outlawed in 2009. Over 60 denim workers have died over the past decade because of silicosis according to unofficial figures.