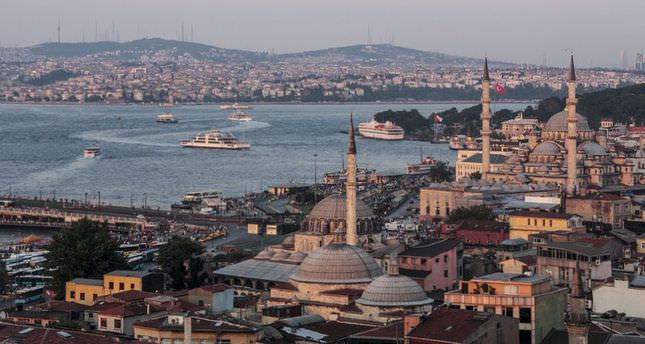 Istanbul is gradually gaining prominence among the community of international organizations and companies, many of which have chosen to have their regional headquarters based in the metropolis. As Turkey's largest city, Istanbul is a major commercial hub thanks to its economy, population, geographical location and communication links.

The United Nations is one such organization that has chosen to have regional headquarters based here, and the governing body has recently increased the number of offices it has in the city. Currently, Istanbul is home to the offices of 15 U.N. agencies as well as to regional management offices from the United Nations Population Fund (UNFPA), United Nations Development Program (UNDP) and U.N. Women.

The UNDP is the latest U.N. agency to move to Istanbul. Kamal Malhotra, Resident Representative of the UNDP and Resident Coordinator of the U.N. in Turkey, told Anadolu Agency that Istanbul has a geostrategic location. He added that it had two additional advantages for the UNDP - its proximity to the Middle East and the Balkans and the ability to create synergy by bringing together different U.N. agencies in one city.

Malhotra pointed out that the existence of the body's regional offices in Turkey would boost U.N. activities in Turkey and provide significant support for Turkey from the U.N. He also said that talks were underway to set up new regional directorates of several other agencies in Istanbul.

Malhotra said Istanbul has become a hub for the offices of the U.N., like Vienna and Rome, and they were in the process of turning the city into a regional headquarters for the U.N. for the Balkans and Central Asia. He also thanked the Turkish government for its assistance in helping the U.N. set up such a large presence.