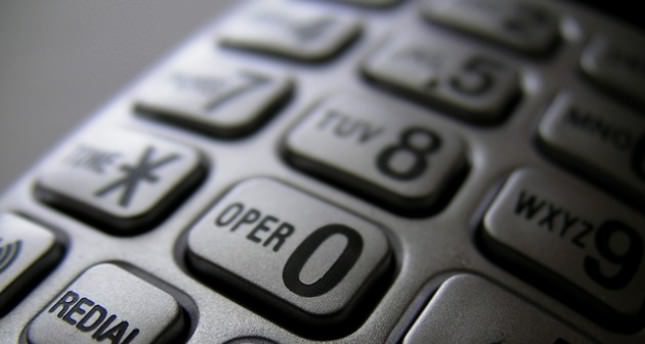 by Daily Sabah Dec 01, 2014 12:00 am
Despite overwhelming media coverage and a barrage of warnings from the police, people keep falling into the trap of phone scammers who manipulate people's fear of terrorism or rather being charged on affiliation with the terrorist PKK organization. Scammers picking up victims whose basic information such as name and address they have obtained beforehand, pose as police officers, chiefs or prosecutors on the phone. They tell the victim that his or her bank account has been "hijacked" by the PKK and the terrorist organization is using their account for financing terror activities. If the victim falls for it, scammers tell him or her to withdraw all the money in the account and transfer it to the account that they supply, assuring that their money "would be under the state's guarantee until the police captures the PKK militants who hijacked the account." Some scammers do not even bother requesting a transfer to another bank account and simply tell the victim "to drop the bag of money" at a location they choose. No concrete figures are available for this year, but in 2013, criminal gangs involved in phone scams stole nearly $5 million from hundreds of people across the country according to reports in the Turkish media. Often, people who should have known better fall for the scam. Canan Karatay, a prominent dietician who lost $50,000 to scammers, an active-duty general, the deputy president of a university and a retired police officer are among the many victims of scammers. The threat of the PKK is among the most employed tactics of scammers. People are afraid of being affiliated with the terrorist organization due to years of the Turkish state's strict crackdown on people linked to the faction. Scammers threaten the victim that he or she would be tried on charges of aiding and abetting the terrorist organization if they do not carry out their instructions.

Authorities warn the public about the scam and repeatedly point out that no member of law enforcement would ask them to withdraw money or hand over money for any reason.