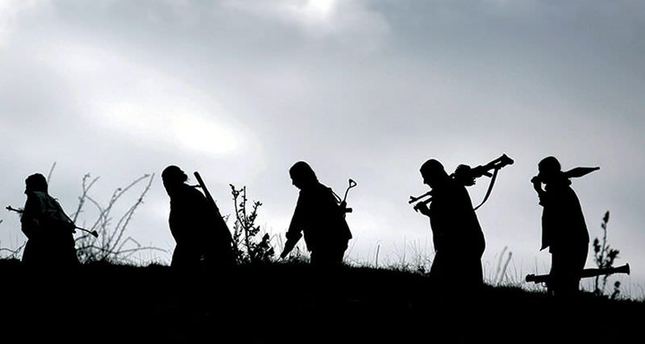 Questioned by the House of Representatives, U.S. Homeland Security Secretary Johnson confirmed on Tuesday that a court had released two members of the PKK terrorist organization, and they fled to Canada

U.S. Homeland Security Secretary Jeh Johnson acknowledged in a hearing in the House of Representatives on Tuesday that two out of four PKK members detained in the country were released by a judge and fled to Canada where they reportedly sought asylum.

The acknowledgement comes one month after Johnson told CBS News that four men linked to the PKK, which is designated as a terrorist organization by Turkey and the United States, will be deported.

Speaking at the hearing, Rep. Jason Chaffetz, a Republican representative from Utah, criticized Johnson for trying to deport suspects linked to terrorism and failing to keep them in detention. Johnson said it was not his "preference" that the suspects be released, but an immigration judge ordered their release. "My intent was that they would be deported," he said. "They fled to Canada, they are seeking asylum there," Johnson added. On why the Department of Homeland Security did not intervene, Johnson said he does not "generally get involved in individual immigration cases," while admitting that two men were PKK members. It is not known whether the suspects were granted asylum by Canada.

Four Turkish nationals linked to the terrorist organization reportedly illegally crossed into the U.S. via Mexican border last year according to U.S. media outlets. They had traveled to Mexico City from Paris after departing Istanbul before reaching the border.

The Washington Times had reported that the militants sought asylum in the U.S., citing that they fled "police persecution" in Turkey. Two of them had applied for a visa earlier but were refused.

The incident caused outrage in the U.S., raising concerns on border security, after initial reports linked the suspects to the self-proclaimed Islamic State of Iraq and al-Sham (ISIS).

Media reports say they hid in a safe house in Texas before their detention in September 2013. Initial reports claimed the suspects were members of the Revolutionary People's Liberation Party-Front (DHKP-C), a terrorist organization known for targeting Turkish and U.S. targets, but U.S. officials later acknowledged they were actually affiliated with the PKK. The DHKP-C is also designated as a terrorist organization by the United States, but differs from the PKK, which claims to fight for Kurdish self-rule in Turkey. The DHKP-C was behind the 2013 suicide bombing at the U.S. embassy in Ankara that killed a Turkish security guard.

During the hearing, Johnson avoided answering a question as to whether he was aware that the PKK was designated as a terrorist group, stating that the question should be directed to the State Department.