Istanbul: Third most visited city in Europe, seventh in the world 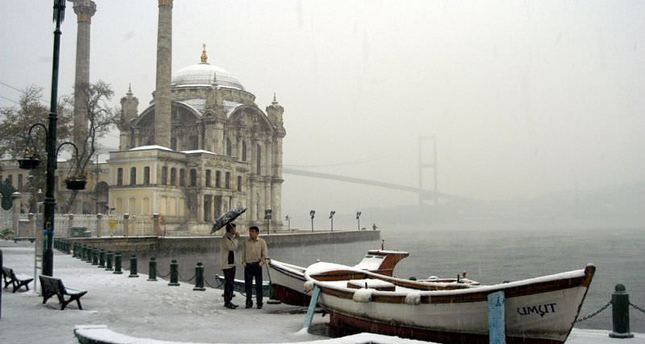 by Daily Sabah Dec 04, 2014 12:00 am
Istanbul, one of the most dynamic and fast growing destination cities, is the third most visited city in Europe and seventh in the world, according to the MasterCard's '2014 Global Destination Cities Index'.

The index generates estimates of the total number of international visitors to each of the 132 cities in its list each year as well as their cross-border spending in these cities.

London, with an estimated 18.69 million international visitors in 2014, is the world's top ranked destination city and naturally also leads the European list, according to the index. Paris and Istanbul are in second and third position respectively, unchanged from last year.

About 11 million tourists visited Istanbul in 2014, a 13 percent growth in visitors compared to 2013. The tourists generated 9.4 billion USD worth of tourism revenue, according to the data obtained from the MasterCard report, whereas this figure was 19.3 billion USD and 17 billion USD respectively for London and Paris.

The MasterCard report has also revealed that Istanbul is the top fastest growing destination city in the last four years, according to the "Air Hubs Index". This index measures the breadth of a destination city's connectivity by air with the rest of world, as well as the strength of each of the connections.

Istanbul Provincial Directorate of Culture and Tourism, the representative and coordinative body of the Turkish Ministry of Culture and Tourism in the city, has also itself revealed statistics with respect to the tourism figures. According to this data, German tourists comprised the largest group of visitors to Istanbul between January and November, making up 10.2 percent of all tourists. They were followed by Russians at 5.1 percent and Iranians at 4.9 percent.