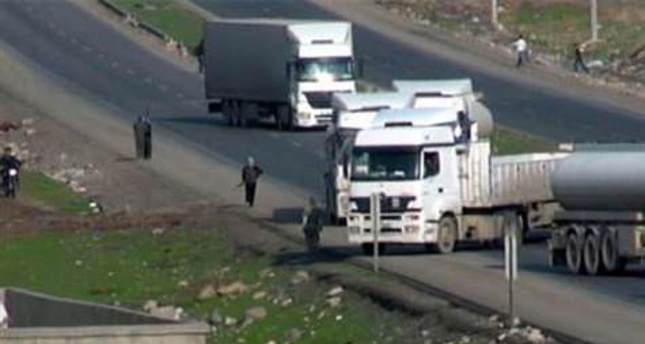 by Daily Sabah Dec 05, 2014 12:00 am
The police have intervened to stop a group of Pro-PKK radicals, who had been intercepting vehicles to check identity cards in a southeastern Turkish province. Acting on a tip-off, police arrived at the scene and intervened in the incident by firing tear gas and pressurized water against the offenders.

A group of masked PKK supporters had reportedly blocked a street located at Nusaybin district of Mardin province by setting up barricades on the road using stones and containers to prevent police intervention.

The suspects, who were wearing masks and gloves, had been intercepting vehicles that were passing the street and checking their identity cards. They were reportedly also inspecting the trunks of the vehicles.

They threw Molotov cocktails and hurled stones against the police, who had come to disperse them, who countered the group by firing tear-gas and pressurized water.

The group reportedly wore tops with the words 'the unit of revenge' printed on the back.