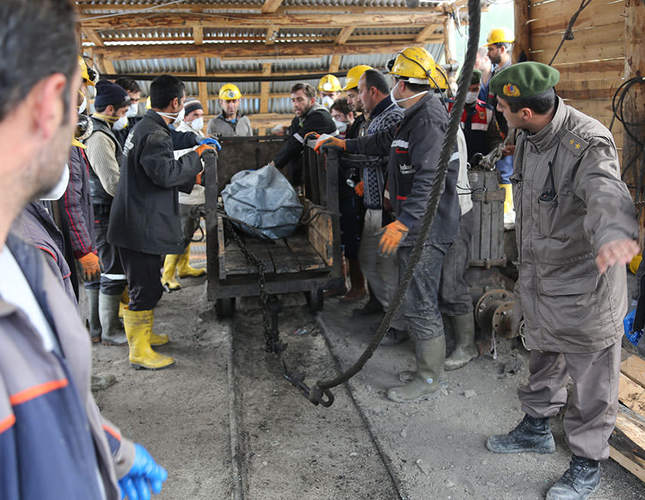 by Daily Sabah Dec 05, 2014 12:00 am
The Turkish Parliament has taken an important step on improving safety in the mining industry by and approving the ILO Safety and Health in Mines Convention on Thursday.

The approval coincided with both the retrieval of the five remaining bodies from the flooded mine located in the southern town of Ermenek, and World Miners' Day, also known as St. Barbara's Day, or Barbórka in Polish.

The convention was put on Turkey's agenda after the mining accident in the western town of Soma, which killed 301 miners in May 2014. The pressure was further increased after the accident in Ermenek which killed 18 workers on October 28. It took 37 days from the flooding of the mine for all of the trapped bodies to be retrieved.

Under the terms of the convention rescue chambers, which provide an isolated and equipped space for miners to shelter until rescue efforts begin, are now compulsory. The convention also foresees numerous actions to improve the structure of the mines.

Prime Minister Ahmet Davutoğlu had announced that the convention will be approved in November as part of the Work Safety Package, which also includes life insurance for all miners and a revision of lease system of mines.