One dead, another injured in mine collapse in Turkey 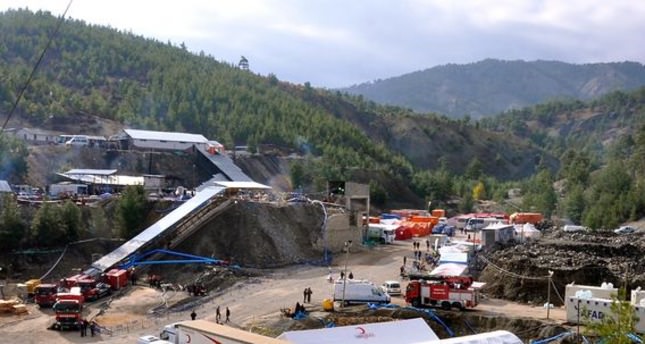 A miner was killed and another survived the collapse of a chrome mine near the country's southern city of Osmaniye on Saturday night, according to other workers.

Rescue and medical teams were dispatched to the scene after the other workers notice the accident, which occurred in the Akyar town mine, located some 8 kilometers from the city of Osmaniye.

Cumali Kodaş, 41, was found dead at the entrance of the mine along with Ahmet Bilgin, 25, who was injured was taken to the hospital.

The reason of the collapse has not been yet been determined. Work in the chrome mine began 17 days ago with six workers. The other four miners were on a break when the collapse occurred.

On October 28, a flooding in a coal mine killed 18 miners in the Ermenek district of Turkey's central Karaman province. The incident in Karaman came just five-and-a-half months after an explosion at a coal mine in the Soma district of western Manisa province, which caused the worst mine disaster in the country's history, killing 301 miners.