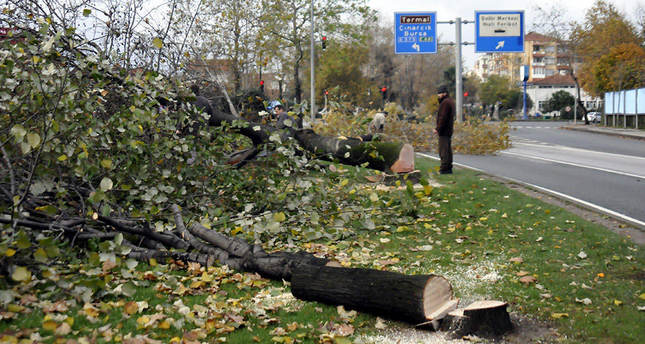 by H. Salih Zengin Dec 07, 2014 12:00 am
The Yalova Municipality administration's decision to cut down 158 trees lining one of the town's main thoroughfares on November 27 continues to create uproar, with activists questioning Mayor Vefa Salman's motives behind the action.

The mayor, who is a member of the opposition Republican People's Party (CHP), has become an embarrassment for both his colleagues and supporters. While party leader Kemal Kılıçdaroğlu and Yalova deputy Muharrem İnce continue to remain silent on the matter, local members are quite outspoken.

In the local elections this March, Salman, the CHP's mayoral candidate, received 48 percent of the vote, beating the incumbent, Yakup Bilgin Koçal, from the ruling Justice and Development Party (AK Party), who received 47.6 percent support.

Yalova municipal assembly member from the CHP, Faruk Kırtay, attended the first assembly meeting after the trees were cut wearing a T-shirt that said, "Atatürk, we apologize to you." Mustafa Kemal Atatürk, the founder of the modern Turkish Republic, had asked Yalova officials in the 1930s to move a house built in his honor in order to protect several trees. The house, called the Mobile Mansion, was just a few hundred meters away from the culled trees, yet was moved 4 meters with rails placed under it.

Kırtay said, "The mayor has been making mistakes since he took over. We expect a nasty surprise each morning. One morning, we wake up and saw that they had erected toilets and stands in the middle of the town. The next morning, he decided they were built illegally and ordered them to be torn down. Another morning, we wake up to see dozens of trees being cut. Every morning, we wake up expecting the worst. We are assembly members and our opinions should be taken into account."

Kırtay added that he was being silenced and that several young activists who had protested the felling of the trees at an assembly meeting were pepper sprayed. "Neither the CHP nor the town of Yalova deserves to be tainted as tree killers," Kırtay said. 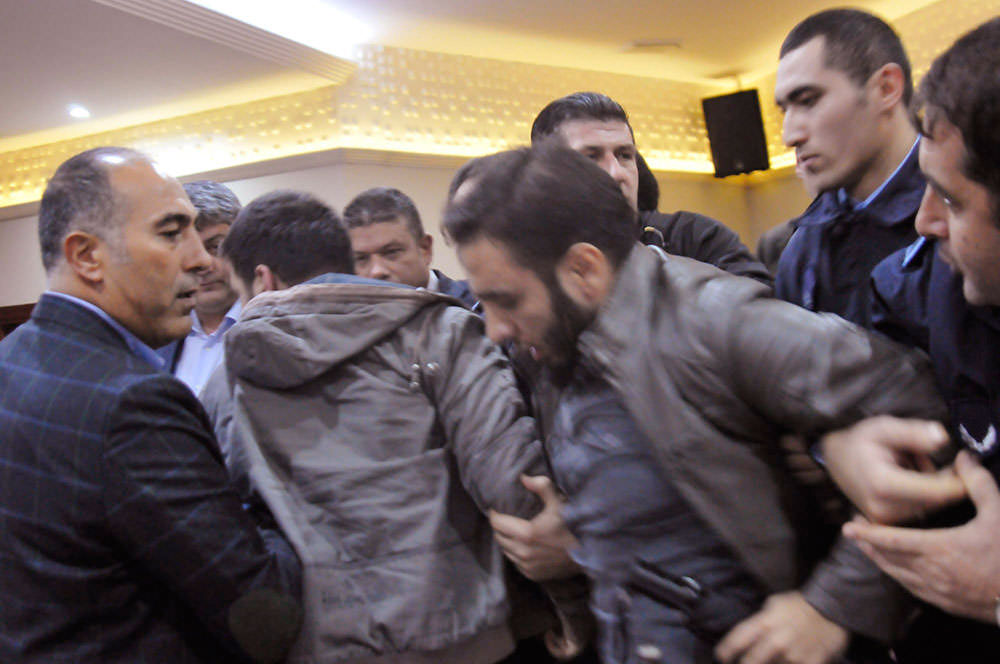 Young activists were kicked out of a municipality assembly meeting by force and using spray gas.

The mayor announced that the trees were cut down to make way for a new roundabout in Yalova's Tonami Square. However, no one has heard of the project. Zeki Öçal, spokesman for the environmental group Yalova Platform, is adamant that the mayor is lying. "The municipality does not have a project on building a roundabout there. They cut the trees down without a reason. We wanted to lodge a complaint to get the project cancelled, but there is no such project," Öçal said.

Öçal also said one excuse voiced by the mayor was that there was a high number of deaths from collisions along the road. "However, there has been not a single deadly accident on the road. The reason why there is traffic there is because the municipality cannot control the minibuses. Why do trees have to pay for his incompetence?" Öçal asked.

Last year's Gezi Park protests, which turned into huge anti-government demonstrations, were sparked by the removal and replanting of several trees in the park. The CHP, which had tried to harness the anti-government sentiment, failed in the first test it faced, many in Yalova believe.

Öçal criticized the lack of support displayed by the public, accusing them of quietly acquiescing to environmental degradation and also accused Salman of ordering the cutting of the trees and then leaving town. Öçal said, "Muharrem İnce initially didn't show his face. Later, when there were protests, he came and apologized. He said something stupid like, 'Those trees completed their economic lives.' Is there such a thing as the economic life of a plane tree?" 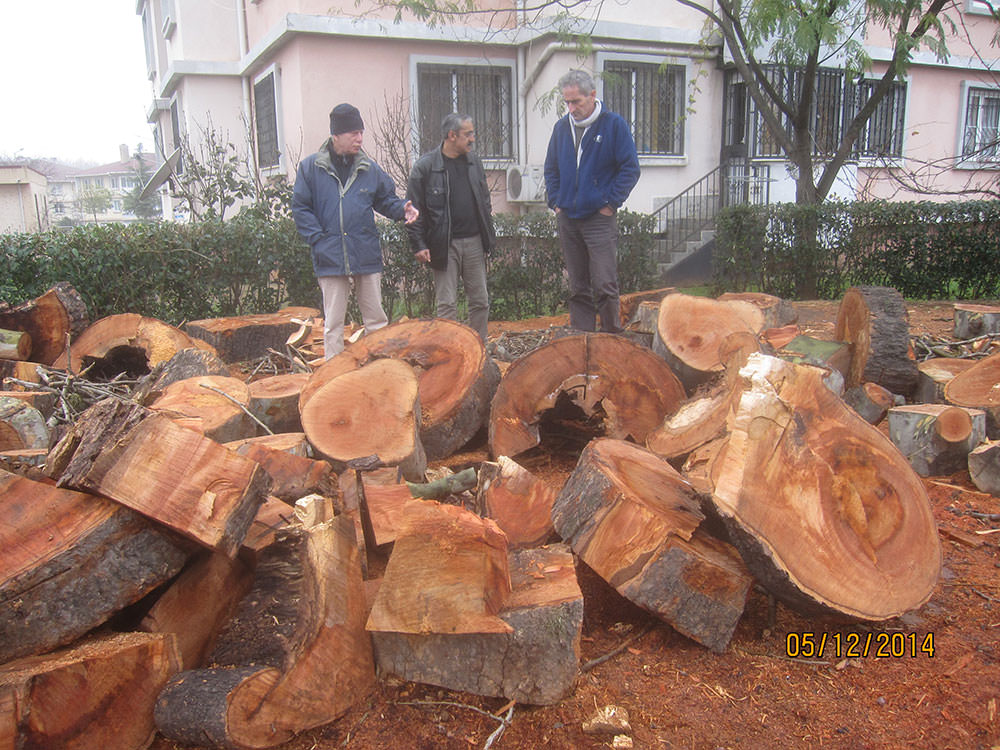 Salman had announced that the chopped trees would be distributed to the poor, however, they lay on an empty area.

Yalova Platform member Arif Ekim said he regretted ever supporting Salman. "He will not get re-elected. If there was an election today, he would not be able to garner 15 percent support. Muharrem İnce said he didn't know. That's a lie. The day the trees were cut, his phone was shut off. That day, he was hiding in his village. His village is five minutes away from here," Ekim said. 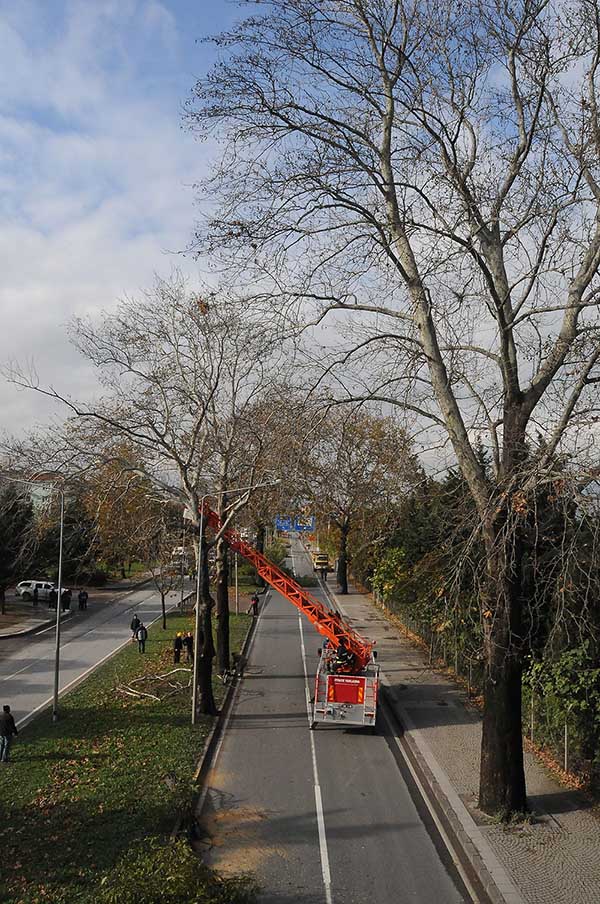 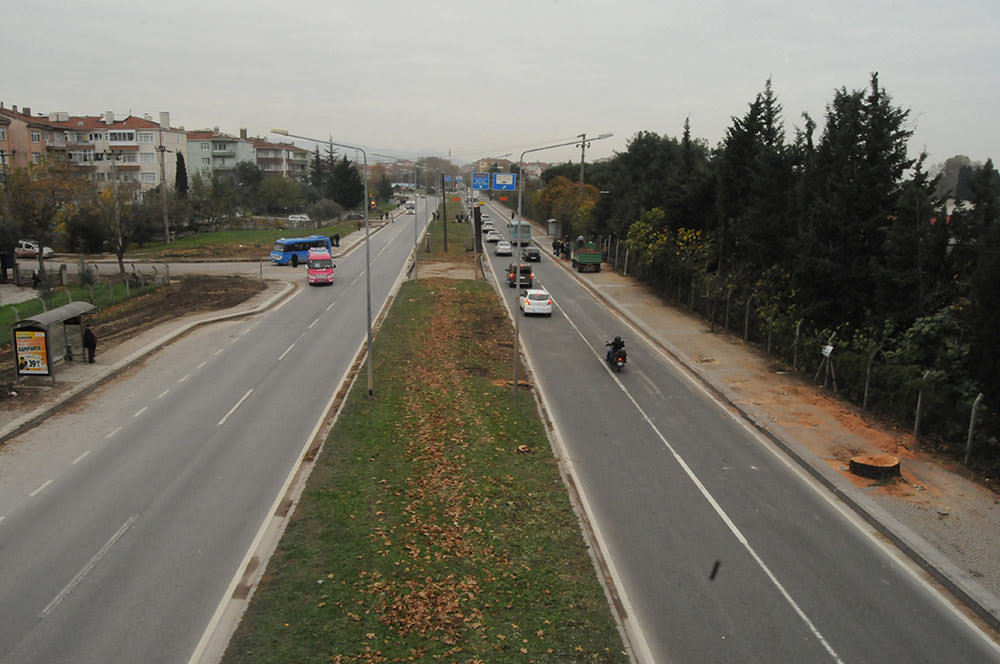