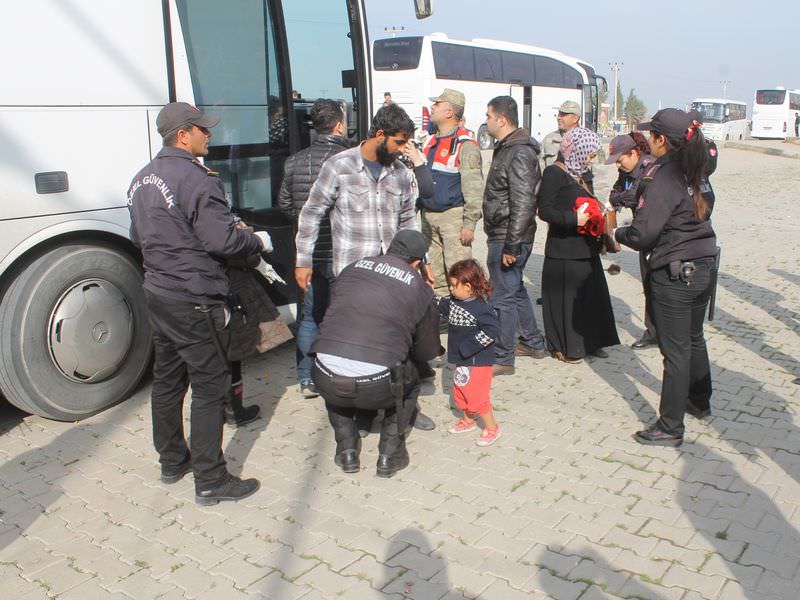 by Daily Sabah Dec 07, 2014 12:00 am
Police in Ankara and Istanbul have taken dozens of Syrian refugees begging on the streets into custody and sent them to refugee camps in Gaziantep and Şanlıurfa.

Forty-six Syrians begging in Istanbul's central commercial district of Taksim were detained and sent to camps in Gaziantep on buses. The municipal police in the capital Ankara detained 90 refugees and sent them to a camp located in Suruç, Şanlıurfa. The operations were done due to complaints lodged by the public, officials said.

Refugees will be relocated to camps allocated by the Disaster and Emergency Management Presidency (AFAD). Since the start of the civil war in Syria, around 2 million Syrians have fled to Turkey. While hundreds of thousands are living in refugee camps, the rest have settled in various regions of the country. In the past three years, Syrians begging on the streets of huge cities has become common.