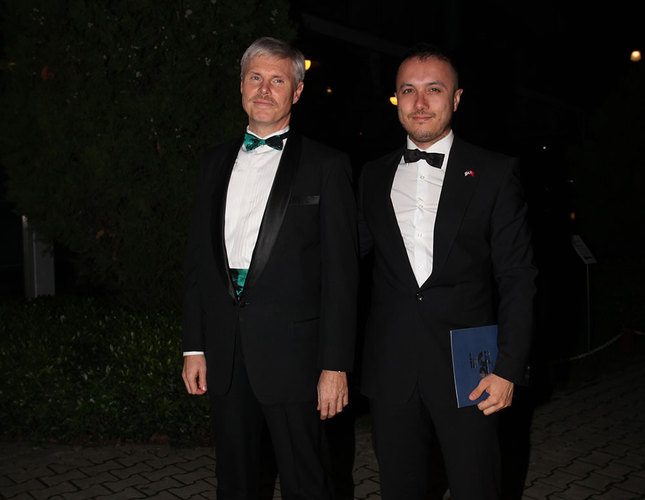 Charles F. Hunter, U.S. Consul General in Istanbul will reportedly marry his boyfriend, a Turkish musician, according to reports in the Turkish media.

Bülent Cankurt, an entertainment reporter for Daily Sabah, claims in an article that Hunter, who has served as U.S. Consul General in the Turkish city since 2013, will marry Ramadan Çaysever, a musician, in a civil union ceremony in the United States in late December. Cankurt said the diplomat and Çaysever first met in a ceremony at Istanbul's Crimean Memorial Church, where Çaysever was performing a concert, and the two developed a relationship. He further claimed that the Turkish musician has already moved in with Hunter, who lives at the consulate's residence in Istanbul's upscale Arnavutköy neighborhood.

His boyfriend has accompanied the consul general to events, although Hunter has not openly spoken about his relationship. Bülent Cankurt claims Hunter proposed to Çaysever a few months ago, and when he accepted, he contacted the State Department. Diplomats are required to apply to the department for permission to marry and, for security purposes, the State Department runs a background check on their spouses before approving the marriage. After granting approval, Hunter announced his marriage plans to his close friends over a Thanksgiving dinner.

The diplomat and his domestic partner will be married in Hunter's hometown, Appleton, Wisconsin. Wisconsin is among the states that has recently legalized same-sex marriages. Cankurt claimed the couple will travel to the United States on December 20, although a date for the marriage ceremony has not yet been set. They will return to Turkey after spending their Christmas vacation in the United States, and will host a separate wedding banquet in Istanbul. Turkey does not recognize same-sex marriages.

Hunter, whose diplomatic career started in 1990, has mostly served in the Middle East during his long career. The U.S. Consulate's website says he speaks Turkish, Arabic and French, and his personal interests range from music to Turkish and Middle Eastern history.

Ramadan Çaysever, a synth-pop musician, has released two albums in Turkey. Although not a nation-wide celebrity, Çaysever has a following among electronic music fans.