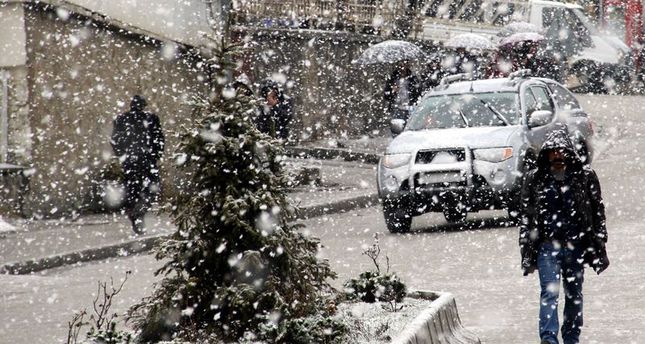 by Daily Sabah Dec 13, 2014 12:00 am
The weather temperature is expected to drop in eastern cities of Turkey, causing major snowfall today.

Weather experts warned that, due to heavy snowfall, drivers might experience delays and difficulties on the roads, and advised drivers to be cautious of slippery roads that could traffic accidents.