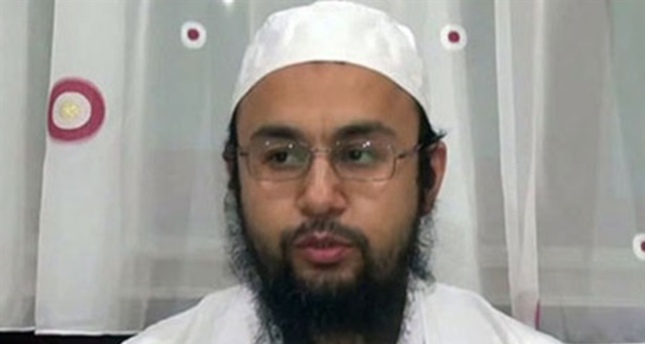 Turkish police captured a Russian citizen of Chechen origin after the murder of Abdullah Bukhari, an Uzbek preacher living in Istanbul who was known for his opposition to the Uzbek government

A Russian citizen of Chechen origin was arrested in the murder of Abdullah Bukhari, an Uzbek preacher who was teaching religious classes in Istanbul and known for his opposition to the regime in Uzbekistan.

The suspect shot Bukhari, 38, in the back near a local non-governmental organization which Bukhari ran in the city's Zeytinburnu district on Dec.10. Bukhari succumbed to his wounds at the hospital he was taken to.

Turkish anti-terror police found that the 27-year-old suspect, identified by his initials Z.M., was hiding out in Istanbul's Başakşehir district, and raided the home on Thursday. A forged Ukrainian passport was found in the suspect's possession, along with a pistol.

Bukhari, has been living in Istanbul since 2006 after leaving his Central Asian country due to the "persecution of religious communities." Members of the association he founded for Islamic teaching claimed Bukharireceived death threats because of his opposition to the Uzbek regime. They said the imam's followers in Uzbekistan were persecuted, and that he was being sought by Uzbekistan's intelligence service.

A funeral was held for Bukhari on Friday. A group of Uzbeks condemned the killing during the funeral prayers.

Muhammed Salih, a prominent Uzbek opposition leader, was also the target of Uzbekistan's Karimov regime, according to Turkish media outlets. Salih reportedly went into hiding in Istanbul after he received death threats.

Zeytinburnu, where Bukhari resided, is home to some 150,000 immigrants from Central Asian countries and former Soviet republics who migrated to Turkey in the 1990s to make a living and in search of asylum. The district also saw a string of murders between 2008 and 2011, targeting Chechen dissidents. Six figures from the Chechen opposition were killed in attacks blamed on Russian intelligence.

Supporters of Bukhari told to the Turkish media that Uzbek and Russian intelligence services planned and plotted the murder together.

Apart from his opposition to the Uzbek regime, Bukhari was known for his calls for jihad against the Assad regime in Syria. At his meeting with Russian President Vladimir Putin the day Bukhari was killed, Uzbek President Islam Karimov called on Russia to help Uzbekistan and Central Asia in general against the "threat from militant Islam." Karimov, who has served as president for over 20 years, is under fire for the country's alleged human rights violations including torturing of political prisoners.