Kemal Kılıçdaroğlu does not have leadership quality, says Turkish actress 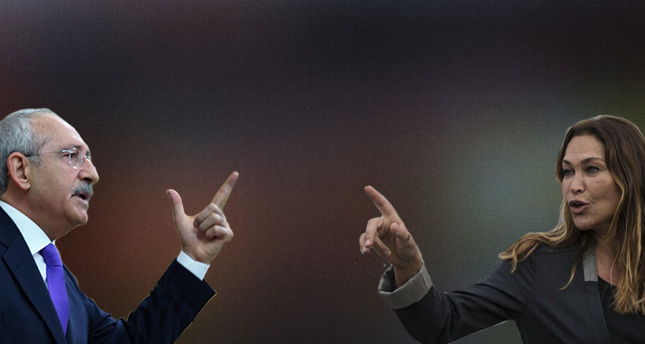 The Turkish actress Hülya Avşar said on Monday that the opposition Republican People's Party (CHP) leader Kemal Kılıçdaroğlu does not have any leadership qualities, and added that she is not even sure whether he is a politician or not.

She said, "I still respect him because I defend people's freedom of expression but I doubt his [Kılıçdaroğlu] stature."

The actress made the comments after the CHP leader had told the reporters that Avşar was not "an artist." He said, "A sycophant (for the government) cannot be an artist. An artist is someone standing strong against power."

The tension between the two sparked when Hülya Avşar said last week that Turkey's newly built presidential palace is not as magnificent as it was claimed, to which Kılıçdaroğlu responded: "President Recep Tayyip Erdoğan may live in his new palace however he pleases. He may even have Hülya Avşar living next to him."

Avşar claimed that Kılıçdaroğlu humiliated her in public, and filled a lawsuit against his remarks, which she described as an "insult."

Avşar said that the opposition leader had "a problem with freedom and democracy."

"I thought he was a gentleman," she said, adding that she would ignore Kılıçdaroğlu's remarks and continue to express her views.