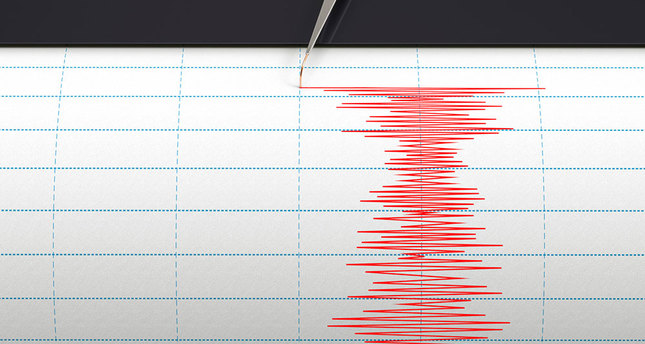 by Daily Sabah with Agencies Dec 16, 2014 12:00 am
An earthquake has struck Çan district of Çanakkale province, with a 4.3 magnitude, at a depth of 7 kilometers.

The earthquake, which hit on Tuesday morning, was felt in Çanakkale city center and the surrounding area by residents.

According to Anatolian Agency, those residents who felt the quake have spent long hours outside of their homes and workplaces.

The Çan District Governor, Nurettin Kakillioğlu, stated that no injuries or damage have been reported so far.