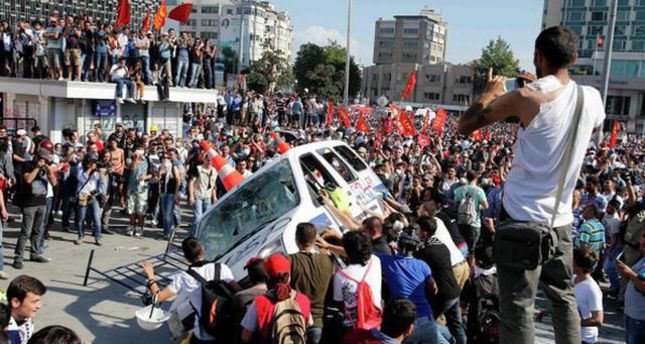 by Daily Sabah Dec 16, 2014 12:00 am
The first hearing of the trial into 35 members of 'Çarşı' --Beşiktaş football club's fan group-- begins on Tuesday. The group is accused of attempting to topple the government for numerous offenses which they were involved in during the Gezi Park Protests, which began as sit-in protests and morphed into vandalism.

35 members of Çarşı —the fan group of Beşiktaş Football Club-- including the group's leaders face charges of attempting to overthrow the government during last year's Gezi Park protests by carrying out a smear campaign against the government and provoking the public via social media and violent activities.

The trial will take place in Istanbul Court House. Dozens of supporters of the 'Çarşı' group gathered ahead of the hearing, chanting slogans to show their support.

The first hearing of the case was expected to take place at 9:30 am but was postponed due to a demand about the court room. The lawyers and the relatives wanted to attend the hearing, which created a problem of space in the fixed court room.