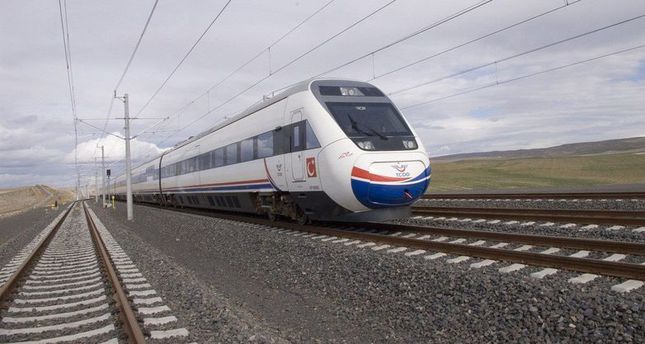 by Daily Sabah Dec 17, 2014 12:00 am
Transportation Minister, Lütfi Elvan, has announced that a new High Speed Train Route will be launched between Istanbul and Ankara in 2019.

The new route is planned to decrease the travel time between Istanbul and Ankara from 3 hours 45 minutes to 70 minutes, with a speed of 350 km/hr.

Elvan announced the new project in Konya, at the launching of the new high speed train route between Istanbul and Konya.

The project is expected to run for a bid for a contract in 2015 and the investment budget for the new route is foreseen to be $4.5 billion.