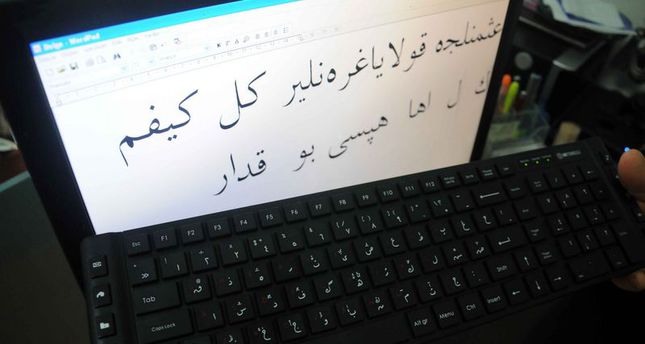 The Ottoman alphabet keyboard produced by the research and development department of an Isparta-based Quran publication firm is receiving attention.

The manager of the company, Ali Yıldız, in a statement to an Anadolu Agency correspondent, said that they have developed an "Elifba" (Arabic alphabet) keyboard for the Ottoman alphabet in order to integrate Turkish people with Islam. He said that people see Ottoman as a foreign language; however, Turks used this language for a very long time. The Ottoman language is not so different from present-day Turkish, and the only difference is the use of the letters of the Quran instead of Latin letters, according to Yıldız. He also emphasized that the Ottoman language should be taught in order for the rich Ottoman archive in Turkey to be read.

The company has already secured their product by patent, and they provide an installation CD along with the keyboard. "The keyboard, which was introduced to the market a year ago, is highly in demand. People want to use the Ottoman language on their computers and social networks," Yıldız stated. Last year, the company produced 4,000 keyboards, and although some of them have been sold already, company officials expect an increase in their sales, as the Ottoman language will be taught in high schools.