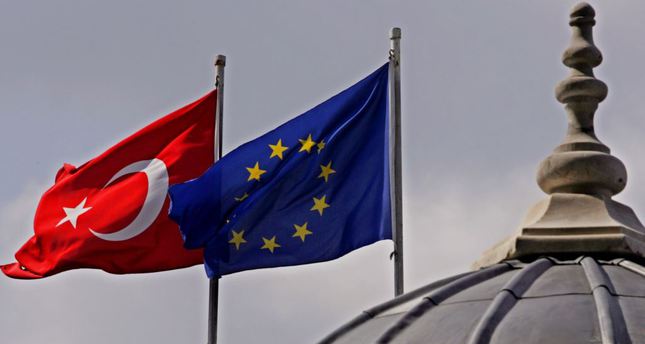 by Daily Sabah Dec 18, 2014 12:00 am
According to a recent survey conducted by Turkish research company TNS Piar, the desire of Turks to join the European Union has dropped to an all-time low.

The survey found that only 28 percent of Turks think that Turkish membership to the EU would be "a good thing", while 39 percent thinks joining the union would be bad and 25 percent stated that it would be neither good nor bad, the other 8 percent refused to answer the question.

Another survey by EU's polling organization, which measured public opinion of more than 32 thousand people, revealed that only 28 percent of Turkish respondents support Turkey's EU membership. The survey shows that Turkish support declined by ten percent compared to the previous survey conducted six months ago.

In response to a question asking whether Turkey would benefit from full membership of the EU, 54 percent of respondents said no and only 36 percent chose to answer yes.
Last Update: Dec 19, 2014 9:33 am
RELATED TOPICS