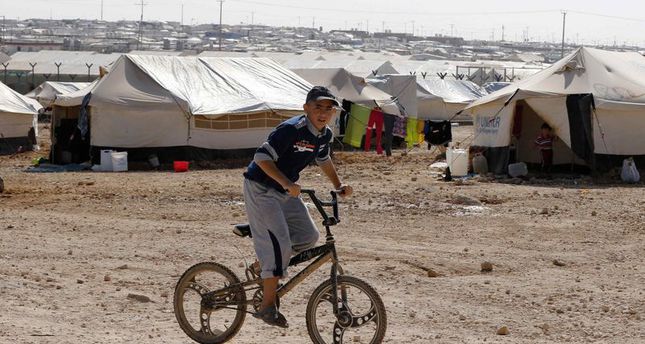 by Daily Sabah Dec 18, 2014 12:00 am
The Turkish Disaster and Emergency Management Presidency (AFAD) has spent 5 billion dollars for 1.65 million Syrian refugees taking shelter in Turkey, according to the institution's head, Fuat Oktay.

Turkey has spent eight times more than U.S. on the refugees, who fled the civil war and the ISIS threat, AFAD announced at the meeting they held on Thursday.

Oktay, speaking on behalf of the institution, said they put their hearts in providing assistance for the indigent Syrian refugees. He also said also other charities' contributions raised the standards of the refugees currently residing in Turkey.

"We have made great achievements regarding this matter in five years and hopefully will continue moving forward," Oktay was quoted as saying. He further added that they opened the doors of Turkey to those who are in need and 1,650,000 Syrians are currently taking refuge in Turkey.