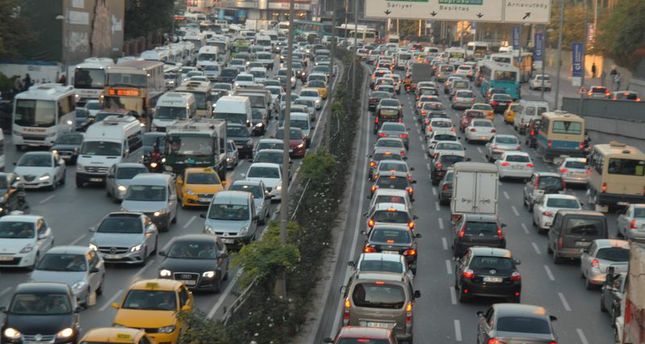 Istanbul is the second-worst European city after Moscow in terms of traffic congestion, according to 2012 data from European navigation systems company, TomTom. As a result of this, according to the city's municipality, the city needs "sustainable solutions" to resolve its traffic problems.

Hayri Baraçlı, general secretary of Istanbul Metropolitan Municipality, said the growth of the city and its increased population pose continuous challenges to the local authorities and the IETT - Istanbul's transport body.

"The best way to cut traffic is to improve public transportation. We are working on sustainable solutions to ease Istanbul's traffic," he said.

Organized in cooperation with the Istanbul Metropolitan Municipality and IETT, the "TransIst 2014" meeting was held under the theme of "4S: Smart, Safety, Simplicity and Sustainability."

Stating that Istanbul's rail system is expanding, Baraçlı said traffic congestion will be overcome only when public transportation is sufficiently widespread.

According to IETT figures, Istanbul offers public transport services to more than 3.5 million passengers every day. Around one million people are carried via nine different urban railway lines.