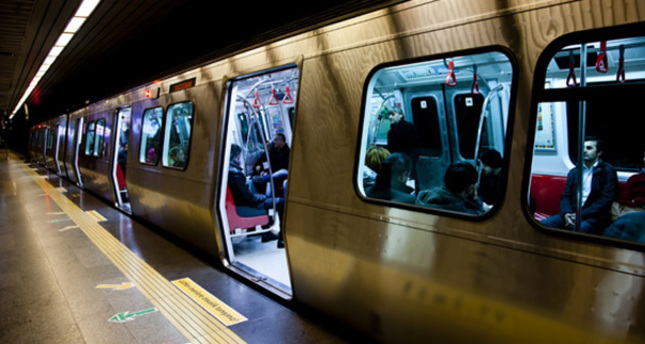 by Daily Sabah Dec 19, 2014 12:00 am
Ana Gore, 20, a Moldovan national who went missing while visiting her mother in Istanbul, was found alive four days after she went missing at a metro station in the city. However, mystery surrounding her disappearance is still unresolved, as the girl remains in hospital and is receiving treatment for a trauma likely to have ben caused by rape.

Police launched an investigation into the incident and the circumstances regarding her disappearance, ensuing stay at a guesthouse and finally, her discovery in the courtyard of a hospital near the guesthouse.

Gore was with her mother who resides in Istanbul when she went missing on Dec. 7. As they were about to take the subway in Taksim, she disappeared while tourists asking for directions distracted her mother. The panicked mother scoured the streets searching for her daughter and called the police. Two days later, police found her daughter walking alone in Beşiktaş. The police officers who found her transferred her to a guesthouse for the homeless, as the young woman had no ID and was not speaking. The guest log of the guesthouse in Zeytinburnu showed that Gore left on Dec. 11 "on her own will." However, an investigation found the hour of her departure from the guesthouse was 7:51 p.m., 11 hours before she was found unconscious in the courtyard of a psychiatric hospital in Bakırköy. She was then transferred to the hospital's emergency ward, as her legs were soaked in blood. Doctors contacted her mother when they saw the news reports about Gore. The police are now investigating why her departure record is inconsistent and why the police officers who found her in Beşiktaş took Gore to the guesthouse despite a missing alert issued for the girl.

One explanation for her disappearance was that Gore was raped, according to reports in the Turkish media. Habertürk daily says Gore was in a state of shock, and an initial diagnosis indicated that she suffered from multiple rapes. Quoting the girl's mother, the media outlets said the daughter told her that she was raped and was repeatedly mumbling "the car" and "the house" while trying to form sentences about where she had been during the 92 hours of her disappearance.