Shameful practice to end in military 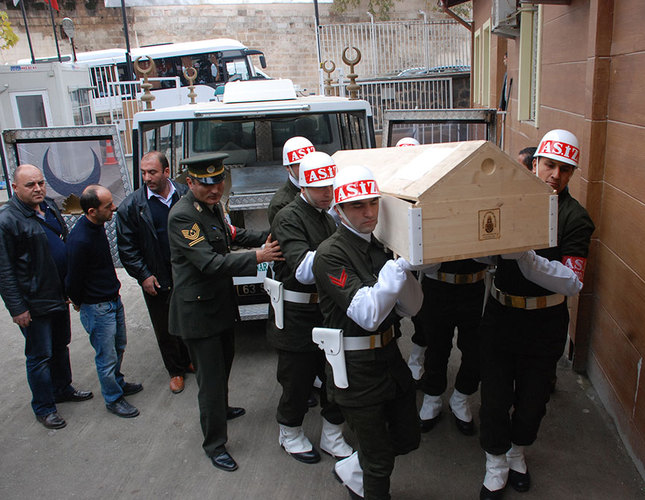 by Daily Sabah Dec 21, 2014 12:00 am
The Turkish military will no longer demand the cost of the bullet from the family of conscripts who committed suicide during their military service. According to Önder Yılmaz's report from Milliyet daily, the new bill submitted to Parliament for approval seeks to change the current law that demands families pay TL 1.11 ($0.48) to the Treasury.

The widely condemned practice caused serious public anger when it was applied last year. The practice was part of a law that regulated damage to state property. The new law gives authority in the criminal aspect of the matter to the military while the Finance Ministry will be in charge of the financial aspect. The ministry will be given discretion concerning small amounts of damage.

According to the new law, drug trafficking and use while on duty will be a military crime, with special officials appointed to Turkish forces serving abroad. Civil personnel working for the military will be outside the military's jurisdiction. Military personnel found guilty of crimes will be able to pay fines for sentences less than two months.

Conscript Abdurrahman Er committed suicide with his comrade's weapon on March 6, 2013, two months before the completion of his military service. The Military Prosecutors' office asked for the family to pay the cost of the bullet because it was Treasury property. In a similar case in 2012, Rıza Doğan, whose son had committed suicide in Dec. 9, 2012, had decried the practice, asking: "Is the value of our children TL 1.11? Is my child worth a single bullet?"