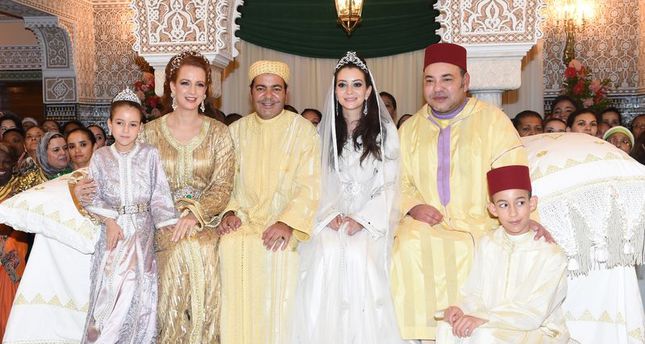 by Daily Sabah Dec 22, 2014 12:00 am
King Mohammed VI of Morocco has arrived in Istanbul with his family on Sunday evening.

The wife of the king, Princess Lalla Salma and their children came a few hours before the king, while the press was not allowed to enter the airport compound designated for state officials.

Three military aircrafts were used to bring the Moroccan royal family's belongings in addition to the two aircrafts carrying the king and his family.

It was reported that the reason behind the king's visit has not been specified.