Some 150 students rally at Libyan embassy in Ankara over grants 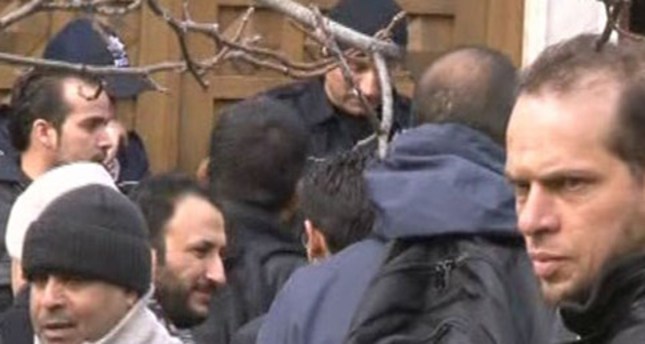 A group of Libyan students stormed the Libyan embassy in the Turkish capital of Ankara on Monday, claiming they were not paid their scholarship by the embassy.

Some 150 students rallied outside the embassy compound and then forced their way inside after tearing down the gate. Embassy staff stopped the crowd's march into the building while riot police were deployed at the scene.

The staff allowed a few students inside as they sought talks with Ambassador Abdurrazag Mukhtar, while others waited outside.

Munir Abdussalam, one of the students, said they had not received monthly grants for November and December. He said he was married and was unable to pay for expenses as he did not work and the embassy stopped paying grants "without explanation."