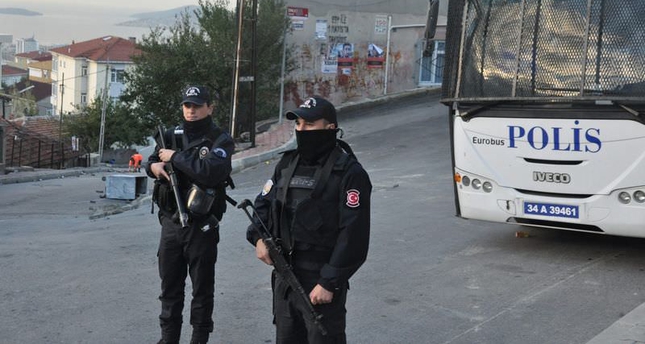 by Daily Sabah Dec 23, 2014 12:00 am
Turkish police detained 73 suspects in a crackdown on scam artists in Istanbul and İzmir yesterday. Suspects are accused of running phone scams targeting Turks and German citizens in Germany.

The Turkish National Police's Financial Crimes units staged simultaneous raids on over 100 locations in Istanbul and the western city of İzmir after a surveillance operation.

Turkish media reported that suspects telephoned their victims and told them they were the winner of a car or house in lotteries which the scam artists had made up. Suspects particularly targeted German citizens who spent their vacation in Turkey and told them they were among the winners of a lottery organized for foreign shoppers by specific department stores and shopping malls. They then requested that money be transferred to their bank accounts, telling the unsuspecting victims that they had to pay for fees such as taxes in order to obtain the award they won in "the lottery".

Media outlets also reported that suspects persuaded victims to transfer "taxes" ranging from 1,000 euros to 10,000 euros to their bank accounts and collected about 8 million euros overall.

Phone scammers reap major revenues in Turkey by manipulating people's fear of terrorism by pretending to be police or military officers. Scammers picking up unsuspecting victims whose basic information such as name and address they have obtained beforehand, pose as police officers, chiefs or prosecutors on the phone. They tell the victim that his or her bank account has been "hijacked" by the PKK and that the terrorist organization is using their account for financing terror activities.

If the victim falls for it, scammers tell him or her to withdraw all the money in the account and transfer it to the account that they supply, assuring that their money "would be under the state's guarantee until the police captures the PKK militants who hijacked the account." No concrete figures are available for this year, but in 2013, criminal gangs involved in phone scams stole nearly $5 million from hundreds of people across the country, according to reports in the Turkish media.