Tough day for Syrians in Antalya 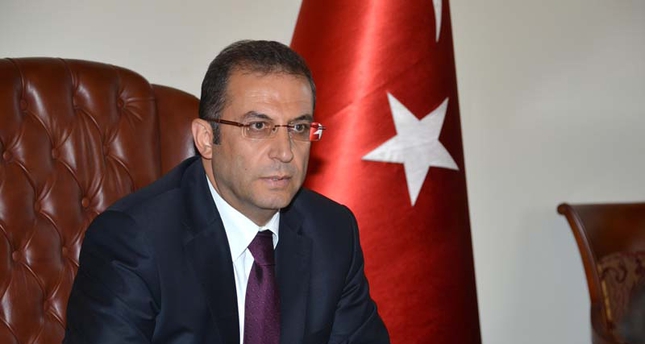 by AA Dec 25, 2014 12:00 am
A governor's misunderstood remarks and a mob attack caused distress among Syrians living in the southern Turkish city of Antalya.

Muammer Türker, governor of the popular tourism hub, told reporters on Tuesday that they were working "to make Antalya less attractive for Syrians" who came to Turkey after fleeing the civil war in their neighboring country. He said they would prevent the arrival of displaced Syrians and direct homeless Syrians to tent camps set up for refugees in other cities in Turkey. "We have to send them away - as many as possible," Anadolu Agency quoted Türker. The remarks caused outrage in Turkey, and social media was awash with comments accusing the governor of intolerance. The governorate issued a statement yesterday and blamed media outlets for taking the governor's remarks out of context. The statement said Türker did not say anything contradicting the state's policy on displaced Syrians. Turkey officially treats Syrians as "guests," granting them a temporary stay. Syrians not staying in tent camps provided by the state reside in cities near the Turkish-Syrian border though many also travel to cities in the west in search of jobs.

Hours after the governor's remarks, an angry mob attacked Syrians in Antalya's Manavgat district. Four suspects were arrested in connection with the attack that damaged Syrian houses and cars. Coincidentally, this was also a case of misunderstanding. A group of angry locals, including hardline nationalists, marched to a neighborhood where Syrians live after they heard Syrians were involved in a fight with Turkish workers. In fact, it was two groups of Turkish laborers working in farms in the area that engaged in a clash. The mob set a car on fire, while about 100 Syrians were evacuated from the area. Hüseyin Çelik, a landlord who leased his house to Syrians, told Anadolu Agency the attack was the result of a "provocation." "Suddenly, some 200 people came here and started smashing the windows of houses. I couldn't stop them. The Syrians managed to escape," he said. Çelik said Syrians started settling in the neighborhood three months ago. "They work here as farm laborers. They are good people, and they do not harm anyone," he said.