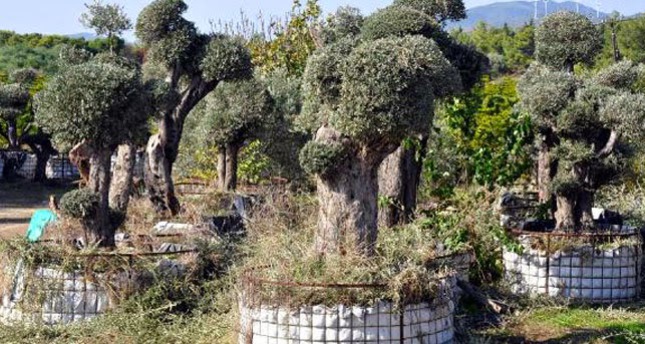 by Anadolu Agency Dec 27, 2014 12:00 am
Turkey's highest administrative court yesterday annulled a government decision to expropriate an area in a western Turkish village where over 6,000 olive trees were felled to make way for the construction of a coal power plant, much to the chagrin of locals.

The villagers, who staged a sit-in in the olive grove for nearly two months, celebrated the ruling by the Council of State on Thursday with people taking to the streets and dancing in celebration.

The plant's construction was already suspended by an earlier ruling of the Council of State after the trees were cut down in November.

Deniz Bayram, a lawyer for the villagers opposing the construction of the plant, said that the high court's decision brought an end to efforts to construct the plant. Bayram called on the authorities to launch criminal proceedings against the company that cut down the trees. Mustafa Akın, headman of the Yırca village in the western Turkish province of Manisa, said they would plant new olive trees in the area. "We knew we were right since we started our protest. We thank the judges who acted with their conscience," he said.