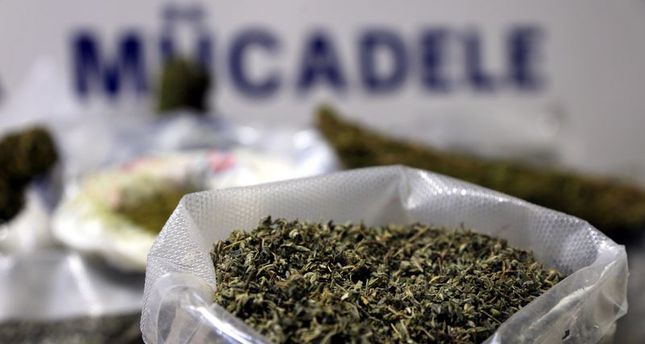 A new report from the Turkish National Police for 2014 shows use of the lethal drug bonzai and drug-related deaths have significantly increased. The concerning figures for the country come after the government recently declared a war on drugs

Figures in the "2014 Turkey Drug Report" prepared by the Turkish National Police indicate a concerning rise in drug use in the country, particularly in the use of the popular narcotic bonzai. The report also shows a 400 percent rise in drug-related deaths across the country.

The government launched an action plan to combat drug addiction and sales and stepped up efforts to contain the phenomenon that Prime Minister Ahmet Davutoğlu likened to terrorism.

The report shows a 38 percent increase in the use of the synthetic drug bonzai while overall increase in drug use registered at 17 percent. Bonzai, the street name for a synthetic cannabinoid that has gained notoriety in the past couple of years, caused public outcry in Turkey after a string of overdose deaths among young users. Bonzai accounts for half of all illegal drugs sold in Istanbul according to a police report and reportedly caused over 300 deaths in the past two years, according to unofficial figures. Easily accessible and cheap, the drug poses a new threat, especially for the youth. The report said drug traffickers turn to ingenious methods to smuggle the materials used in the preparation of bonzai such as soaking imported tea leaves in them.

According to the report, 648 people died of drug use including 416 dying as an indirect result of drug use such as falling from heights after drug-induced dizziness. In the 2013 edition of the report, the number of drug-related deaths was only 162. A striking revelation in the report was the death of a 13-year-old from drug use, showing that the age of addiction has rapidly declined. Istanbul, the country's most populated city at nearly 15 million, dominates the list of most deaths from drug use. It is followed by Antalya, a popular tourist resort in the south, Adana, another southern city, and the capital Ankara.

The report also looked into reasons why people take drugs and includes a survey. Nearly half of drug users say they took to drugs after seeing their friends taking them and 23.7 percent say they tried drugs "out of curiosity." Nearly 70 percent of drug users are grade school graduates, according to the report.

Although the drug use rate is 2.7 percent, according to official figures, Ankara launched a preemptive anti-drug action plan last month. Measures against drug abuse include more effective law enforcement, harsher sentences for drug dealing and other related crimes and a campaign to raise awareness in families among other steps.

Davutoğlu had earlier emphasized that they will be adopting a "remedial" approach rather than a "threatening" one by reaching out to youth affected by drugs through social activities and rehabilitation. Prevention is another key component of the plan and efforts will also concentrate on teaching families how to prevent their children from becoming addicted to drugs.