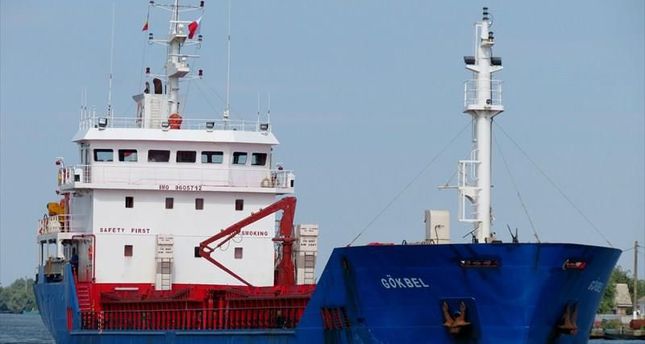 Low visibility in heavy fog resulted in the collision, after which a fire erupted on board.

Two have been killed, five rescued and four are missing in the accident, Turkish Foreign Minister Mevlüt Çavuşoğlu said on Monday at a press conference.

According to diplomatic sources, a search and rescue operation was carried out within a 30 mile radius of the collision with the aid of five ships and helicopters, but was suspended due to bad weather conditions.

"They are all in good condition. Five of our sailors are hospitalized; two of them will be discharged tomorrow and one is in critical condition. Unfortunately, two of our sailors have been found dead and four others missing," she said.

The maritime accident took place two miles from Italy's port of Ravenna on the north of the Adriatic Sea on Sunday morning around 9:30 a.m.

The accident occurred the same day a fire broke out on a ferry sailing from the port city of Patras, Greece to Italy.