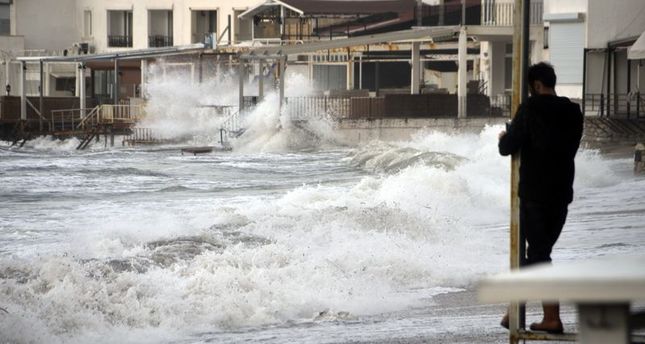 Eight people went missing and two others were rescued after a boat carrying illegal immigrants sank off the coast of Bodrum in southwestern Turkey yesterday.

Coast Guard officials said two Syrian nationals were found on a small island and brought to Bodrum after they were rescued.

Search and rescue efforts are underway in the area but strong winds, blowing some 70 kilometers per hour, hampered the efforts.

Bodrum, a popular tourist destination in the province of Muğla, is also a favorite harbor for illegal immigrants hoping to reach the nearby Greek islands so they can cross into European countries in search of a better life. Immigrants often end up being captured by the Turkish coast guard or stranded in small boats that often capsize due to a weight overload.

In one of the worst such incidents in recent memory, 27 illegal immigrants drowned when their boat capsized off the Istanbul coast on October 3.

Turkey is a major transit hub for illegal immigrants from Asian and Middle Eastern countries. Immigrants pay large sums to smugglers to smuggle them into the European countries bordering Turkey.

The incident comes one day after Turkish security forces seized some 200 Syrian illegal immigrants who sailed from the southern city of Mersin. They had to swim to the shore after the overcrowded boat was forced to sail back to the port but crashed while anchoring.