Turkish lottery winners who lost everything 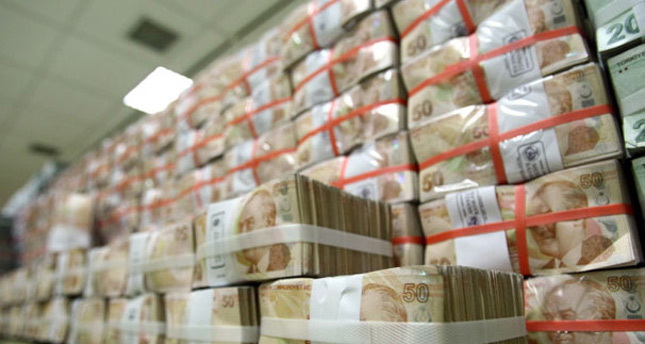 by AA Dec 30, 2014 12:00 am
On a sunny August day in 1993, Süleyman Orhan was sitting outside his cake shop with his cousin, impatiently checking a list of lottery winners to see if he had been lucky enough to claim the big prize - TL 2 billion ($863 million), a very large sum in Turkey at the time. He had the lucky number! As he rushed to the local lottery office to claim the prize, he dreamt of expanding his business. He would make more money. Or so he thought... With the New Year just around the corner, the Turkish National Lottery Directorate has prepared the annual special lottery draw for the occasion. Some 35 million tickets have been printed. Despite slim odds, hopeful Turks have lined up before kiosks to buy them. At least 80 percent of the tickets have already been sold.

The 2014 jackpot is TL 50 million. In a country where the minimum wage is around TL 890, the sum is astronomical. Many fantasize that hitting the jackpot paves a road to happiness. But for some winners, it is a highway to hell. After winning, Süleyman decided to make a huge investment into his business.

"I had invested the money into our business and expanded our chains throughout the Black Sea coastal region," he said. However, in 1994, the economy shrank, the value of the U.S. dollar against the Turkish lira skyrocketed and unemployment surged.

"We were not prepared for that economic crisis. We could not manage the chains and the money. So, we lost everything," Süleyman reminisced. "Money easily earned quickly goes." Süleyman, now 57, was well aware that earning or losing money is part of the life of a businessman. There was however a silver lining. As his fortunes waxed and waned, his family never ceased supporting him throughout the difficult times.

This was not the case for Mustafa Savgan, an orphan from the southern province of Adana. Amazingly, he won the jackpot in 1982 and 1984, respectively pocketing TL 15 million and TL 25 million. The odds that someone can hit the jackpot in Turkey are one in 10 million - less probable than being hit by a thunderbolt - one in 600,000. Erkan Işığıçok, an economy professor from Bursa's Uludağ University, said the chance of hitting the jackpot twice, like Mustafa, was statistically "impossible."

But the money brought him neither happiness nor a decent life. He kept working as a shoeshiner throughout the rest of his life. "I am an uneducated person. I kept buying tickets. I lost all the money. I did not invest in anything," Mustafa said in 2010. A Turkish director even filmed a documentary on his life, called "A millionaire shoeshiner." He passed away this year, at the age of 66, in his hometown without any savings. Similarly, Mustafa Sarı, from the city of Denizli, won the jackpot in 1964 but wasted the money away. Now, at 64, he is at a care center and living on a retirement pension. Misery stemmed from seemingly good luck is not reserved for Turkish lottery winners.

In 2003, Callie Rogers, Britain's youngest lottery winner at 16, wasted 1.9 million pounds. She spent it on illicit drugs, parties and plastic surgery, only to try to commit suicide three times.

Like Rogers, Michael Carroll won the U.K. National Lottery in 2002 when he was 19 years old. He squandered 9.7 million pounds and is now reportedly working in a cookie factory. Süleyman Orhan thinks that lottery winners were "inexperienced" with money.

"They did not know money much. In some cases, they received bad advice from friends or relatives," he says. Mustafa Savgan also admitted that he did not know what to do with the money and just wasted it.

But Nimet Özden, who runs a famous ticket agency in Istanbul, blames these people for losing the prized sum. "If a person is wise enough, they would know what to do with the prize. If he is stupid, well there is nothing we can do for that person," she bluntly told The Anadolu Agency. Nevzat Tarhan, professor of psychology at Istanbul Üsküdar University, believes it is not the person but the money that ruins a winner's life.

He cites research that demonstrates that the lives of lottery winners had in fact worsened after acquiring large sums of money and that their relationship with others had also deteriorated. "In a sense, they went through a severe trauma," Tarhan writes on his website, though he does add that there have been a few people who invested the money cleverly. Süleyman Orhan is now retired but still runs a small canteen. He spends some of his time in the countryside, enjoying his time with friends and leading a happy life. "The money does not bring any happiness. Dogs eat everything except money. You do the math," he said.