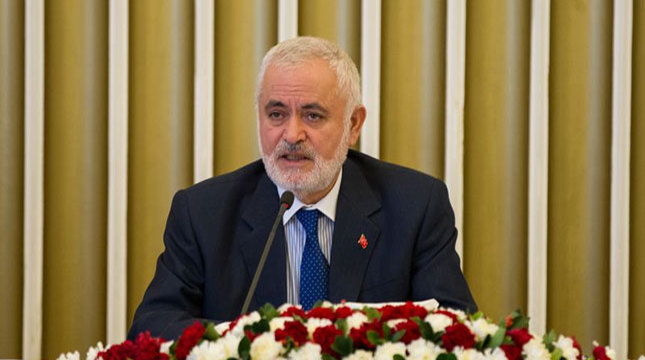 by Daily Sabah Dec 31, 2014 12:00 am
Turkey's state-run Ombudsman Institution on Tuesday released a scathing report on May's mine disaster in the western Turkish town of Soma that killed 301 workers. The report laid the blame for negligence on the work safety standards of bureaucrats.

Announcing the report, Public Auditor Mehmet Elkatmış said although Turkey has fine regulations in place regarding work safety in the mining sector, their application has shortcomings.

On May 13, an explosion and fire trapped hundreds in the mine in Soma, a town in the province of Manisa. The subsequent carbon monoxide poisoning claimed the lives of 301 workers in the worst-ever mining disaster in the country's history.

The catastrophe triggered concerns about the work safety standards of the country's mines. Administrative and criminal investigations were launched into the disaster, blaming the lack of safety. Several executives of the private mining company were arrested following the incident.

The Ombudsman Institution itself launched a probe into the disaster and released it on December 30.

Mehmet Elkatmış stated that Turkey has a habit of uniting in the face of a tragedy "only to succumb to the same ignorance toward the causes of such disasters." He said that Turkey had already implemented comprehensive regulations but lacked rigor in their application. He pointed out that mining accidents were higher in Turkey compared to other countries with more mines than Turkey.

Elkatmış noted that mining activities in the Soma mine were "primitive" and the mine had only one gate used both for entry and exit.

As for the culprits, the report pointed the finger at the mining company, civil servants in ministries overseeing the mining operations and work safety as well as labor union of miners for "focusing on salaries of miners in negotiations with companies rather than safety standards."

Elkatmış said the main causes of the accident were the violation of legal regulations, insufficient conduct of inspections and royalty transfer tender system that enables the companies to boost production by cutting the costs. He called upon a thorough inspection of companies before issuing them a license to mine.

The report says administrative functions and the high-ranking bureaucrats heading them had responsibility in the disaster rather than government functions. "Bureaucrats should show the democratic stance common in developed countries in the wake of such a disaster. They should resign before the government suspends them," it said. It also criticized the requirement of administrative permissions, that is, permission of higher offices for investigations into the civil servants with a responsibility in such disasters.
Last Update: Dec 31, 2014 5:40 pm
RELATED TOPICS