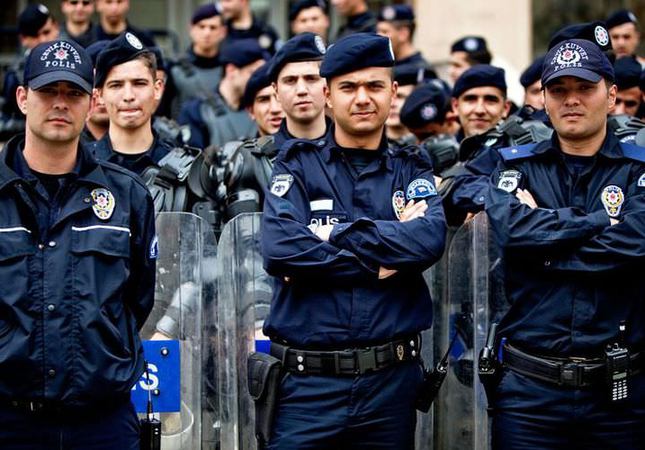 by Daily Sabah Jan 02, 2015 12:00 am
Members of the Turkish National Police have complained of lengthy working hours, lack of payment for additional duties and the impact of the heavy burden of work on their mental health. A report by the state-run Ombudsman Institution, prepared after complaints filed by several police officers, points out the hardships of police officers.

According to the report, 157 police officers have committed suicide in the past five years, and 2,323 policemen have undergone treatment for mental illness.

The majority of police officers work an average of 57 hours a week, and the lowest working hours is 41. The average number of working hours a week in other countries is about 40 hours. Member of the police force complain that despite the lengthy working hours, their salaries remain low and they are not paid bonuses for additional duties such as working overtime during extraordinary situations such as unrest or riots, etc.

According to the report, average life expectancy in Turkey is 73.8 years, while this drops as low as 55 for police officers.
Chief ombudsman Nihat Ömeroğlu advised the government to enact new laws to relieve the policemen of their burden. The advice includes payment of bonuses for additional duties, decreasing working hours and more efficient psychiatric support.
Last Update: Jan 02, 2015 5:22 pm
RELATED TOPICS